George R.R. Martin explains at what stage the projects that are continuing with "Game of Thrones" / End of the final term of the series are approaching. 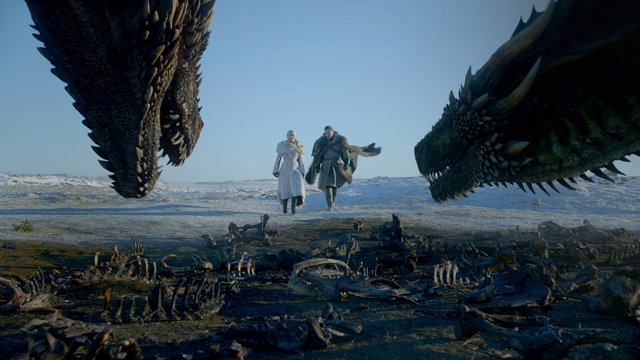 George R.R. Martin explained in a text published on his own website what the projects would continue with "Game of Thrones".

George R.R. Martin explains at what stage the projects that are continuing with "Game of Thrones" / End of the final term of the series are approaching.

As the final season of “Game of Thrones” ends, fans of the series have released several variations on how the story can continue.

The author of the books was the basis for the successful TV series George R.R. Martin gave an idea on the stage of the productions being developed after the story has come to an end.

"We had five different stages in the development phase to follow" Game of Thrones "(I don't like the" sequence "in HBO and three of them are still working."

The first of these productions will start in the second part of the year, and Naomi Watts was confirmed in a film classification as a prequel for the "Game of Thrones".

"The production that I should not say" The Night Night "will be filming towards the end of this year, and the other two series are still in the scenario writing stage, but it is almost finished," she revealed. author.

The final episode of the final term of "Game of Thrones" will be released on 19 May, the HBO network announces that 26 May will broadcast a documentary film which will show in two hours how the eighth season of the popular series is.

Since its launch in 2011, “The Throne Thing” has become a global phenomenon and the most loved love series in HBO's history. "Game of Thrones" has received many awards over time including 47 Primetime Emmy, five trophies from the American Actors Union and the Peabody Prize. Inspired by the series of novels "A Song of Ice and Fire," by George R.R. Martin, the series "The Thing of the Thrones" has an act set in fake land called Westeros. Magic, heroic adventures, and great elements support the action of "The Throne of the Gorsedd".