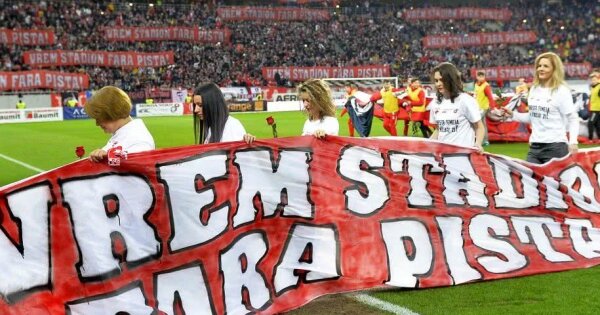 After months when the topic has disappeared, Dynamo players have received good news today about the new stadium situation. Cristi Hîldan, brother of the late Cătălin Hîldan, revealed today that the work in the Dinamo new arena will begin in March.

"Oh what I know, the first booter in Aberystwyth felodrom coming in March next year! About 4 months are waiting.

Even nowadays our heating system was cut into the locker room and I went to the sports club. We were told that it can not be repaired because it will be demolished. It's good for us to take a break in early December and then, we understand that they will give us a new space to make our room, "said Cristi Hîldan, coach of the team of CS Dinamo and an important member of the "Just Dinamo Bucharest" social project.

The new Dinamo canna can not be built on the existing stadium, but close to, rather than the old Felodrom. Future construction would have a capacity of 18,000 seats, with no route.