Xiaomi disagrees with IDC data and presents its quarterly report 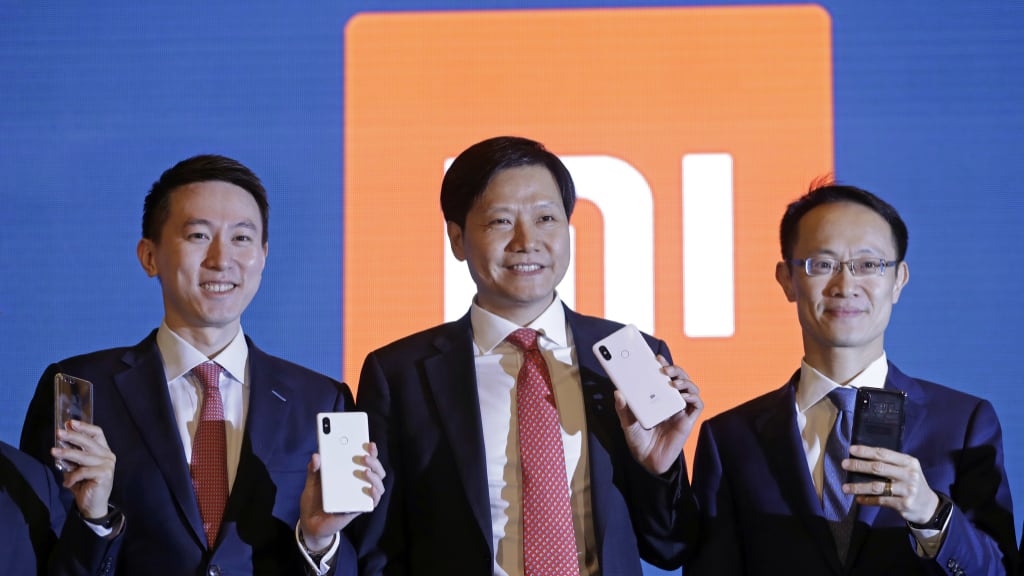 Xiaomi published its sales report in the first quarter of 2019 where we disagree with the values ​​recently developed by the agency t International Data Corporation (IDC). The numbers raised by the technology are eventually going to grips with the number of Android smartphones that were shipped and declared by IDC.

According to Xiaomi, there is a serious discrepancy between the metrics of each source. 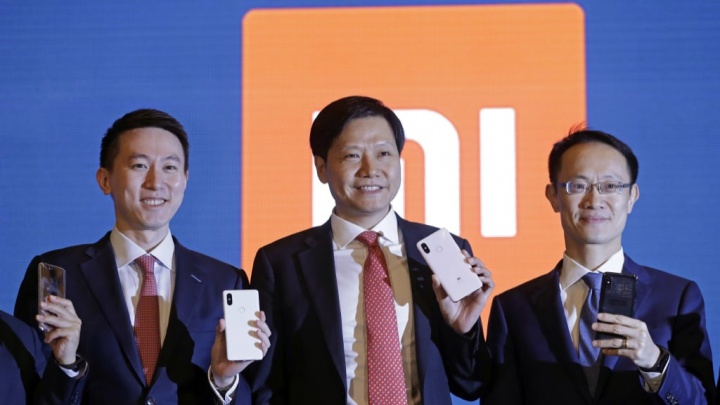 In anticipation of his investors, Xiaomi revealed that, in the first quarter of 2019, the company had sold more than 27.5 million Android smartphones. In turn, IDC reported a total of 25 million smartphones transported during this first quarter, converting to a small reduction in sales.

Responding to the report from the market analysis agency, IDC, the smartphone manufacturer warned its investors and shareholders. To that end, the Management Board decided to clarify the subject by publishing its official report. There, the company reported that the actual sales figures were much higher.

Then we can see the simple communication. The way the company found it easy to cover the situation and reveal its metrics. By the way, it should be noted that this report is available on 2 May by Chinese technology on a voluntary basis. 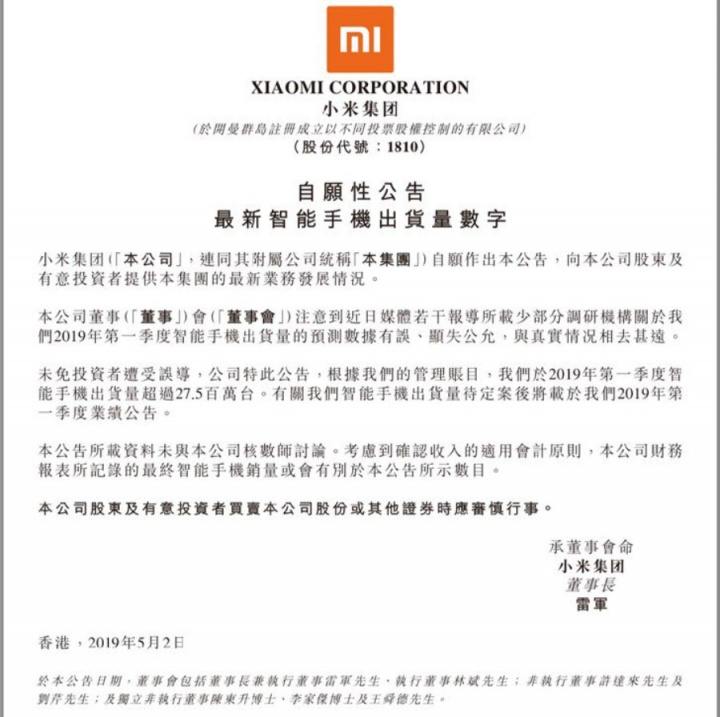 So the smartphone manufacturer hopes to warn potential shareholders, investors and other holders of capital assets and gains in the company. At the same time, it should be borne in mind that this is not the full financial report, but rather preventative, compared to the first quarter of 2019.

The IDC figures - presented in the table below - are 25 million Xiaomi smartphones transported in the first quarter of 2019. A difference of 2.5 million units compared to the t document developed by the technology itself. 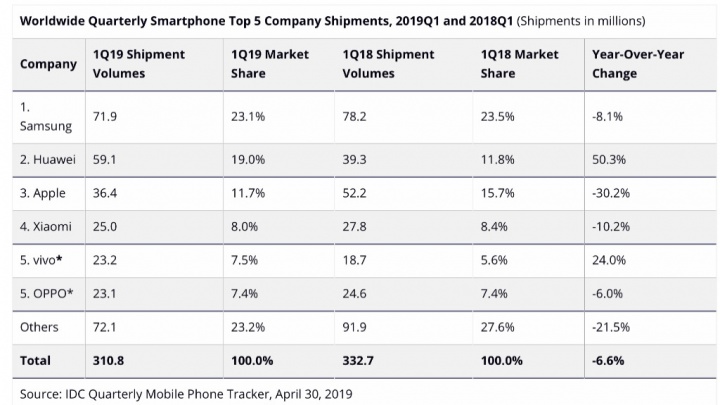 It should also be noted that the data submitted by the IDC shows a decrease of 10.2% in Xiaomi's sales volume in the first quarter of 2019 compared to the same period in the previous year. In this quarter, the manufacturer sold 27.8 million smartphones, with a market share of 8.4%.

According to IDC data, in the last quarter of 2018 Xiaomi sold 28.6 million smartphones. This equated to a 2.4% growth in its share of the market, then by 7.6%. At the same time, the company crowned itself as a sales leader in India with 28.9% of this vital market.

For the brand, the information for the first quarter of 2019 is incorrect. Unfortunately, at this stage we do not know what caused this anomaly.