THE BALL – "If I don't stay in Al-Hilal, I'd like to return to Portugal" (Benfica) 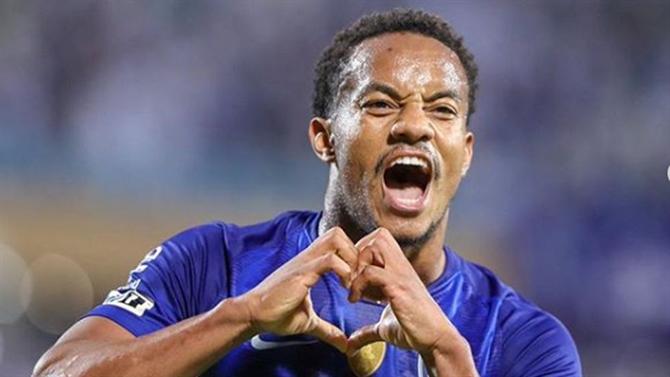 On loan from Benfica to Al-Hilal, André Carrillo says that his future is not solely dependent on his will.

"I have to admit that I am very happy in Al Hilal and I would like to continue, but I don't rely on myself, it also depends on Benfica, which owns my own." My agent is meeting soon with the president of Benfica because if he does not continue in Al-Hilal, he would like to return to Portugal, I followed the Benfica season and I enjoyed the campaign he did with Bruno Lage. The team showed a bold football, to handle the ball well, something that fits with my style of game », said the Peruvian extreme, in the statements given to ovacion.pe.

Recently, however, there was mention of Al Hilal's interest, Al Hilal's competitor and lead by Rui Vitória, but Carrillo maintains his idea: "I know very well Rui Vitória, who is We have met occasionally in various public places, but we have never talked about working again, we will see what is happening in front of us, "he said, noting that he was t Our main focus is helping his country in America's Summit.

He also said he had moved to Saudi Arabia last year after being in England to Watford, who was also on loan from Benfica: "I had several league proposals, but the serious project that Al" Halal introduced me. In addition, I wanted to return to work with Jorge Jesus, who was one of the best coaches I have had in my career. "