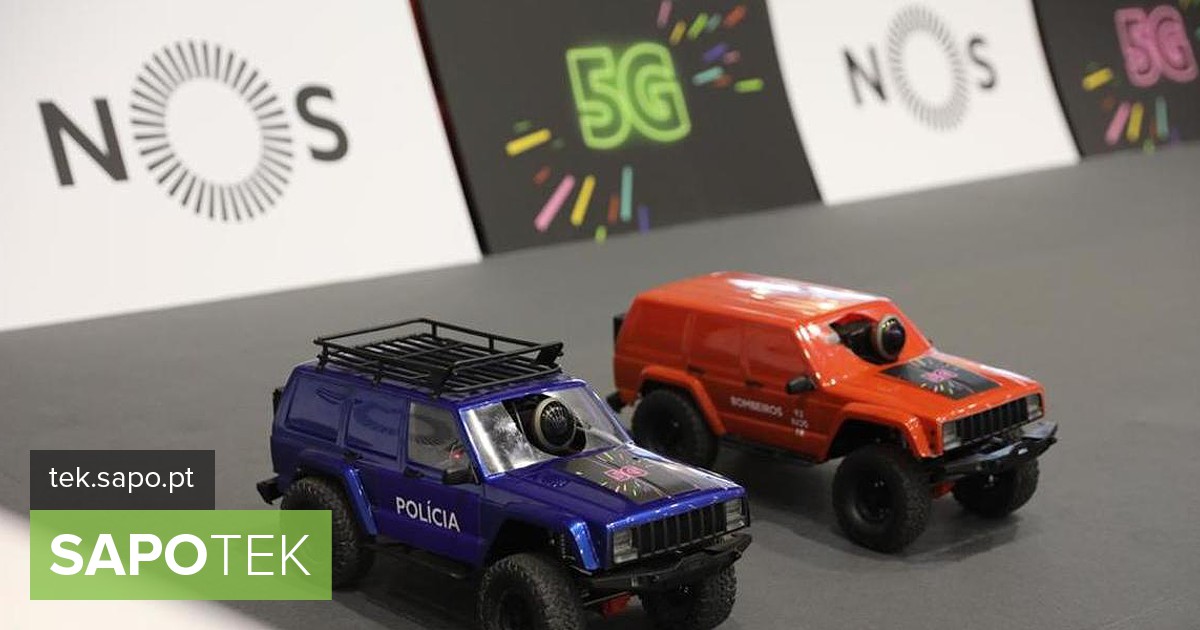 While the 5G network is not ready for a commercial launch, which should take a few months long, operators are showing the applications and potential of the next generation network. This week, NOS and Vodafone show technology in Portugal and Spain, proving that 5G is getting closer and closer to reality.

NOS took advantage of the Portugal Smart Cities Summit to make its first screening of 5G potential, in a real environment, in partnership with Huawei, one of network infrastructure providers. The supported display at 5G live has a track of fire trucks that are remotely controlled by virtual reality, communicating with vehicles in 5G, showing that they are used in security situations. and crisis " t

"This is the first real demonstration of remote driving with emergency vehicles," SGC administrator Manuel Ramalho Eanes told reporters during the presentation. The operator has a comprehensive view of 5G technology that he wants to serve for businesses and cities, and the NOS administrator emphasizes that "this is a relevant route for smart cities and shows that it will be able to create 5.0 cities," he said.

For the test, NOS uses the 3.5 GHz spectrum requested by Anacom. In the stand there are two driving simulators with virtual glasses, have been connected to a 5G modem to the antenna that has to be installed at the bottom of the FIL 1 lane, closer to the track it is; The two fire wagons cross it, with the commands given by the users on the stand.

The technology antenna from Huawei, one of the NOS technological suppliers, and the one usually in the company's laboratories. NOS also has a Nokia radio technology partner, but has not yet selected suppliers for 5G.

Luis Santo, who is responsible for the 5G program in NOS, says that this is one of the future spectra used in 5G networks and that the demonstration shows the benefits in terms of latency and speed of technology, and the potential to interact with machinery and robots in emergency situations, such as fire, ultimately avoiding the loss of human life.

As well as connecting to remote vehicles, NOS also works with 5G in the Smart City area where we believe the technology can improve the connection with sensors and speed of communication with control systems. 39 environment, water, lighting and waste collection, amongst others.

"The data speed is five times faster than the 4G speed and the technology supports more sensor density," he said. For Luis Santo, using technology in situations such as remote driving can be the difference between having to drive independent cars at a speed limited to 20 kilometers per hour or at normal speeds, as communication and efficiency are more efficient.

NOS estimates to make “more real” street tests are very short, he told SAPO TEK's source, stressing that it will be before the end of the first half.

Partnership with Huawei in the midst of US hurricane sanctions

Huawei is the NOS partner in this demonstration, and one of the company's radio technology providers. After asking SAPO TEK about the effect that Huawei might have had on these punishments given by Donald Trump's administration, NOS maintains the position that had already been transferred by his president, The Chinese company is one of the technology partners.

And what steps are they taking to ensure that no outdoor and information leaks in technology, as the US authorities claim? "We do regular tests and there is no suggestion of any security breach," he said.

In conjunction with development technologies there are partnerships for the 5G with Nokia and Huawei but in the terminals the tests can be more comprehensive, and Luis Santo says they are already testing some of the prototypes that have already been installed. 39 u launched by the brands.

(in the update) t