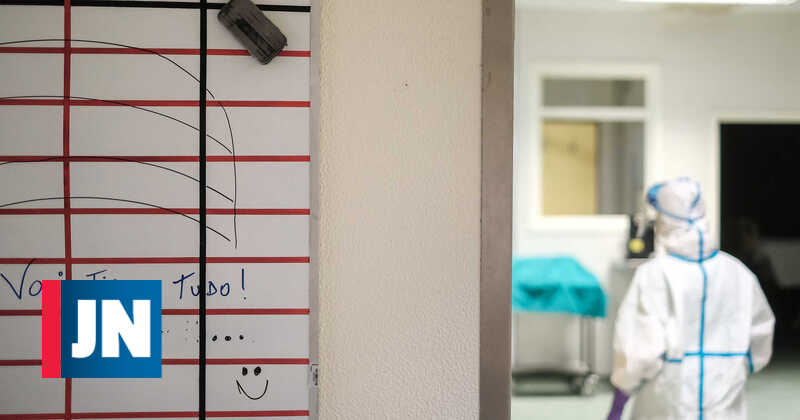 This Sunday Portugal registered 3834 new cases and 87 deaths by covid-19. In total, more than 322474 people are already infected with the new coronavirus and 4963 have died. In the last 24 hours, another 2852 have recovered from the disease.

After counting 4093 infected last Sunday, Portugal registered a slight drop: in the last 24 hours registered 3834 positive cases of covid-19. It should be noted, however, that given the epidemiological data available this Saturday – when more than 6087 infected people were registered – the fall was quite sharp.

The Directorate General of Health (DGS) bulletin also notes that 87 more infected died, bringing the total number of deaths to 4963. This is the second worst day in the number of deaths, which corresponds to the data of 28 November, the only two exceeded 91 deaths on the 16th of last month, the blackest in terms of deaths (1998 total) and causes (156782, more than half of total infections recorded to date).

According to the same document, 2852 patients recovered, bringing the total number of people who had overcome the disease to 243055. On balance, there are 74456 active cases of covid-19 in Portugal, 895 more than on Saturday .

As usual, deaths in other age groups are rare, but almost daily. Three men died under the age of 60 and one woman under the age of 50, bearing in mind that the disease, albeit on a smaller scale, also kills among the under-aged.

The number of patients in hospital increased again, 39 more compared to Saturday, for a total of 3268. However, there are fewer than three people in Intensive Care Units, with 514 now considered the most serious.

As usual, the North region has the highest increase in infection: 2258. Lisbon and Tagus Valley follow, with 773 new infections. In the Centro region there are 500 more, in Alentejo 215 and in Algarve 62. The Azores archipelago has 22 new cases and Madeira has four more.

North with about half of national deaths

According to the DGS bulletin, the North region is the highest register of new infections from SARS-CoV-2 in the last 24 hours (2258), a total of 169721 cases and 2393 deaths a month March, nearly half the national total number of deaths.

In the Lisbon and Tagus Valley region, 773 new cases have been reported, with 105221 cases of infection and 1727 deaths to date.

In Alentejo, 215 more cases have been reported, a total of 6858 cases and 125 deaths since the outbreak of the epidemic in Portugal.

In the Azores Autonomous Region, 22 new cases have been registered in the last 24 hours, adding up to 1171 detected infections and 18 deaths since the start of the pandemic.

Confirmed cases are distributed across all age groups, with the highest number of infections being between 20 and 59 years.

The new coronavirus has already infected at least 141879 men and 174461 women in Portugal, according to DGS data, and there are 6134 unknown sex cases under investigation, as these data are being provided automatically.

Portugal has been in crisis since November 9 and until December 8, during which time curfews are mandatory in counties with the highest risk of infection.

The covid-19 pandemic caused at least 1,529,324 deaths as a result of more than 66.4 million cases of infection worldwide, according to a report made by French agency AFP.