Great news on Google when you give the word cancer 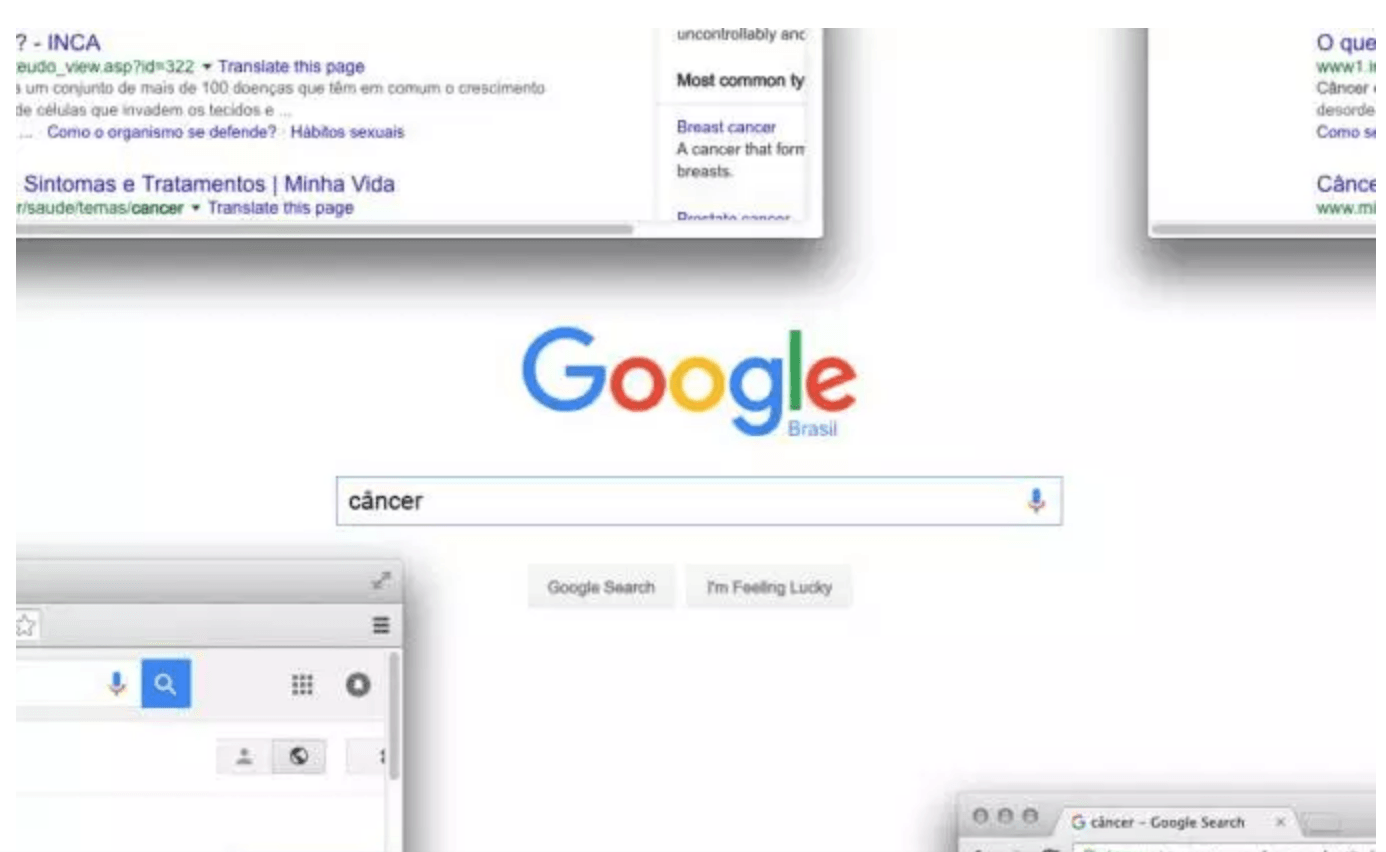 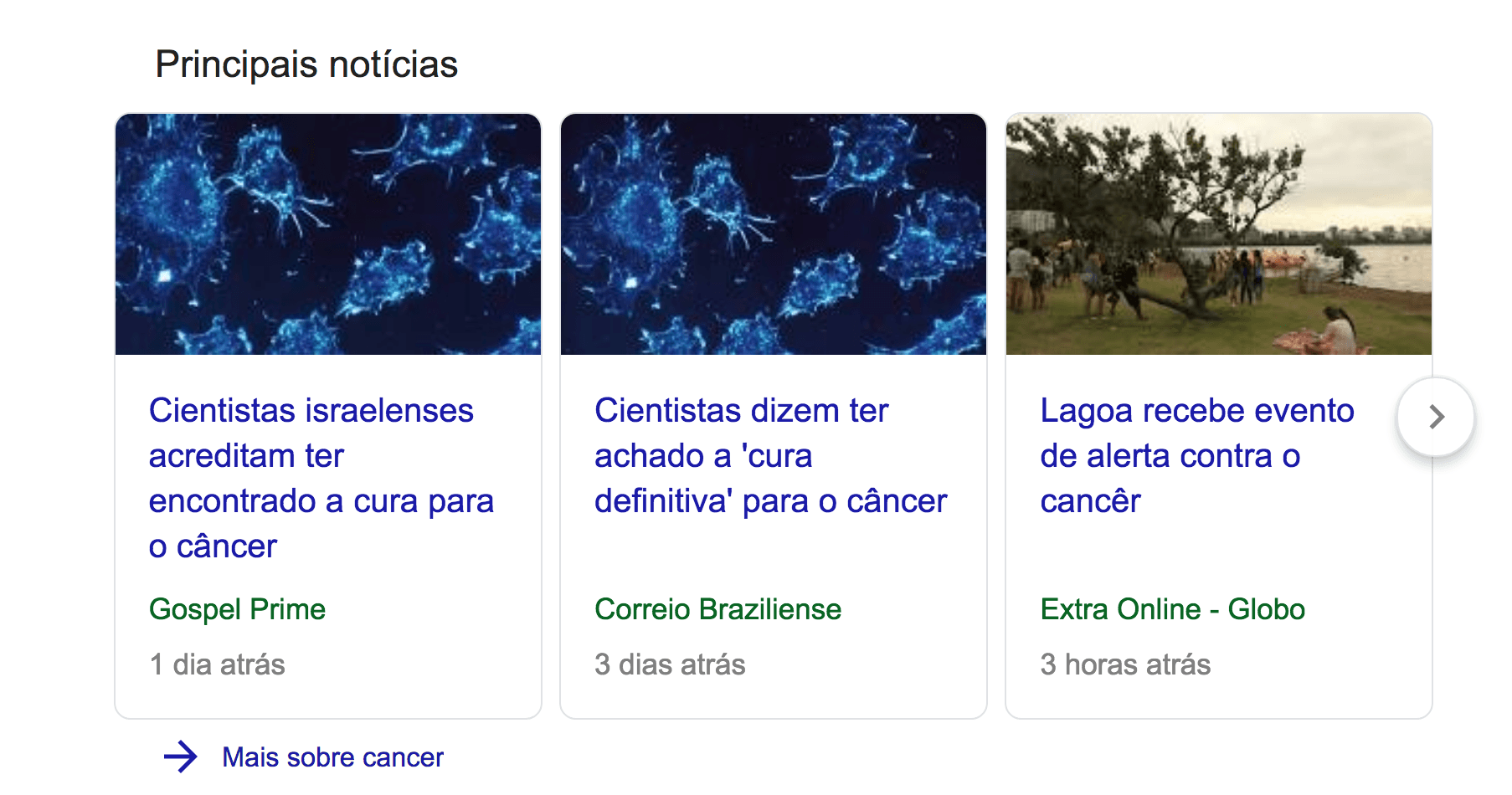 When you type the word of cancer in Google, the best searches are great news.

Here is the image shown at the top of this post.

The news: scientists were about to show, this year, a medication that would improve all types of cancer. 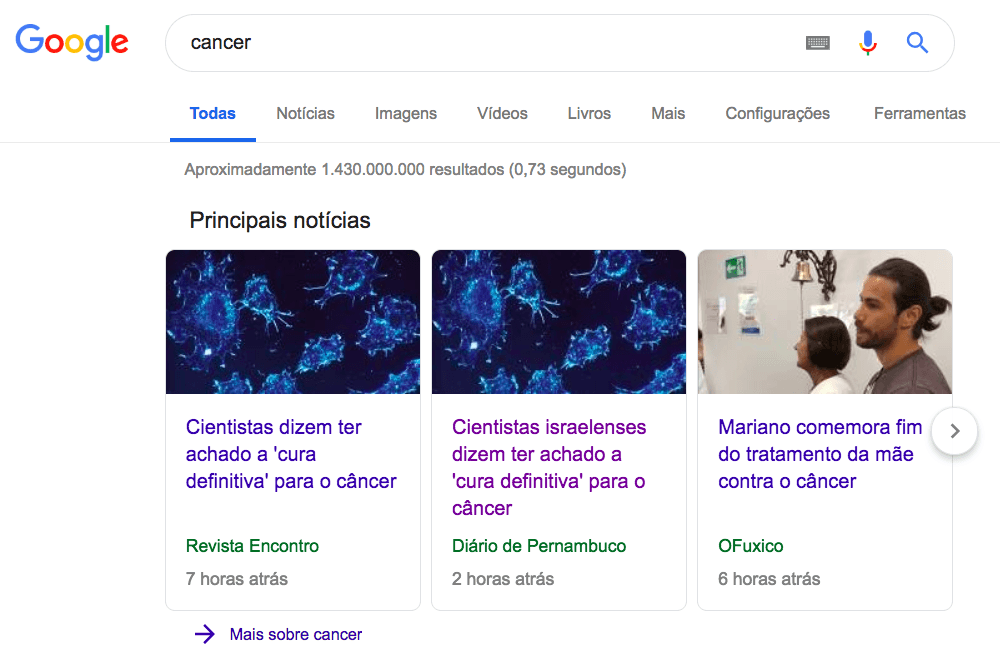 It's important to read this kind of news very carefully.

Fake News can not be said to be the news.

But we might doubt that it's too much optimism.

Complete healing in a year. That is what Israel's beginning is in its promises, says the Post of Jerusalem. "We believe we can offer a complete recovery within a year for cancer," said Dan Aridor, chairman of the Accelerated Evolution Biotechnology (AEBI).

According to Aridor, the recovery will be of benefits compared to the treatments that are available today. It indicates, for example, "no or virtually no side effects at a much lower cost than most treatments available". The treatment, he said, will be for a few weeks.

I was compared to comments on other media outlets. I enjoyed this attention on an important site in the United States, saying, so far, that the tests have been done only on rats – and they have not even shown results in public .

The company has not yet published any clinical evidence that shows this procedure working among people. CEO of Ilan Morad told Jerusalem Post that the AEBi has not finished its first investigative mice experiment, which claims to prevent cancer cell growth.

What can be deducted: the company can even have promising results. But tests on rats for people go a long way.

The suspicion: too much optimism can be explained by the company's willingness to appreciate their experiences and to get money.