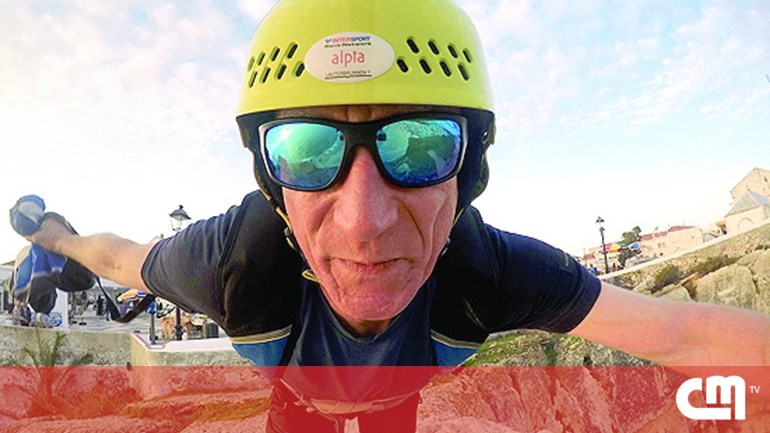 Without Sérgio A. Vitorino to José Durão|01:30

Dominik Loyen, a German 50-year-old, had jumped several times during the last days of Nazaré Site. The passionate of the radical modernist basejump (parachute jumps of cliffs, buildings or bridges) tried this Monday to repeat the busiest 100 meter one, but the parachute did not open and was crushed rocks beside the beach.

He left in the shock of Portugal Bruno Valente, who jumped at his side, at the same time, watching his death.

Germany, who previously crossed Europe from Switzerland, where he lived, brought a cliffy dog ​​(English for a cliff) and met with two Russian, Russian and Norwegian friends.

At 12:07 yesterday, they greeted, Bruno Valente counted until three and two escarpments were launched. The parachute did not open in time, only when the victim had already hit the rocks. Everything was recorded.

Bruno Valente gave Dominik, but this one was dead – the rescue was fast and the resuscitation movements did not lead to that.

Paulo Agostinho, captain of Nazaré port, says the site was being tried for the watch.

I was questioned by Maritime Police agents, who had the videos recorded by everyone in the cameras attached to the helmets. Other videos were made popular, heard as witnesses.