Adjusting to the strike of judicial workers is around 95% 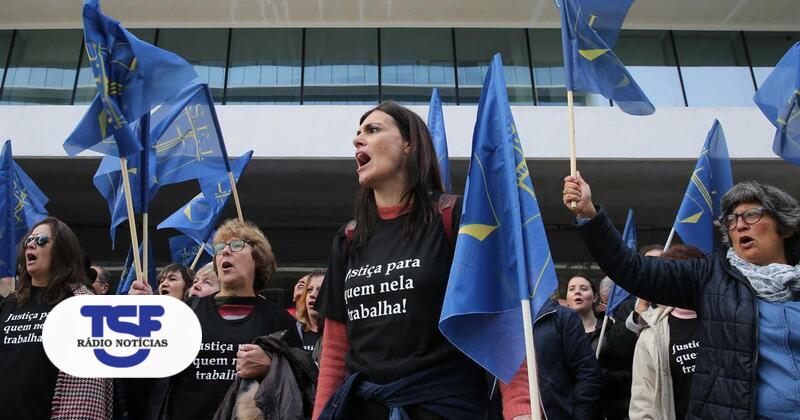 Judicial officer strike ended on Wednesday across the country, with a worldwide membership of around 95%, and enforcing minimal services in courts such as Barreiro, where they are heard Bruno de Carvalho, former vice president of Sport.

"I will not go a long way if I say strike is 90% to 95%, but most courts and many other people have just shut down completely," he says. he told Lusa, president of the Judicial Workers' Union (SFJ), Fernando Jorge.

He added that the union had some difficulty in confirming numbers "because no-one answered the phones in the courts" and so he prefers not to move on with the 100% of uncertain transport.

"The fact that they do not answer our phones, and from 9am we are trying several times, is indicative that no-one is there. But there is some concrete information from Famalicão, Barcelos, Viana do Castelo, Gaia, Seixal, Almada, Lourinhã … and Barreiro, where only the minimum services are being met, "he said.

Fernando Jorge also refers to the Évora, Serpa, Ferreira do Alentejo and Mértola courts, emphasizing: "There is a bit across the country, the total membership, which was also expected by the response, had forced the two-hour strike."

According to the officer, at the Court of Justice of Justice, membership is 95%, with "eight or nine people to work in a building where they work almost 200 ".

The president of the SFJ also acknowledged that the surveillance scheduled for this afternoon was next to the parliament, "the expression of the exhibition will not be in the Terreiro do Paço, on October 11", as the union did not provide transport.

Anyway, "he added," we're expecting a lot of people [na vigília], especially in the Greater London courts and elsewhere. For example, a group of workers from Vila Nova de Famalicão and Barcelos combined and came to Lisbon to take part. "

At stake in this strike, which began at 00:00 on Wednesday, claims relate to a career review, dignified status approvals, freezing promotions, a lack of employees, paid wages for more than 10 years, lack of training and working beyond hours without compensation, among others.

Judicial officers have already carried out a series of partial strikes that have impaired the normal operation of the courts, including defendants' trials and inquiries.