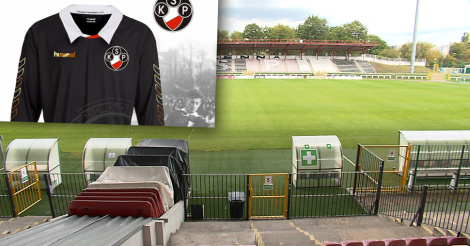 Poland decided to launch copies of the T-Shirt of the "Recovery of Independence in 1918" phase. The price in PLN is the same as the date of recovery of independence. But the purpose of the actions is important to the operation of the capital team.

"Black t-shirt with long sleeves, with white pressures and white collar, an ambitious outline of the Polish emblem with the Eagle from 1918. Inside the collar is the inscription" Recovering Independence 1918 ", and neckline in national colors" – description of the T-shirt on the club's website.

Money for the team

Numbers from 1 to 11 and 100 will be auctioned, and those remaining will be available to purchase according to the order of applications. The t-shirt with the number 12 will be removed among those who hold the passes for the 2018/2019 season.

As we read on the Poland website, the whole amount of sale of shirts will be spent on the team's remuneration.

In 2013, Poland Warszawa lost its license to play in the first league. In addition, the club was struggling with financial problems. That's why he played the next season in the 4th league. He is currently playing in the third league (fourth level of competition) and is fighting for promotion to the II league.

As we wrote about half a year ago, the financial position of the club is difficult – The company showed losses in June.