If they read the whole sentence, they would not criticize this statement 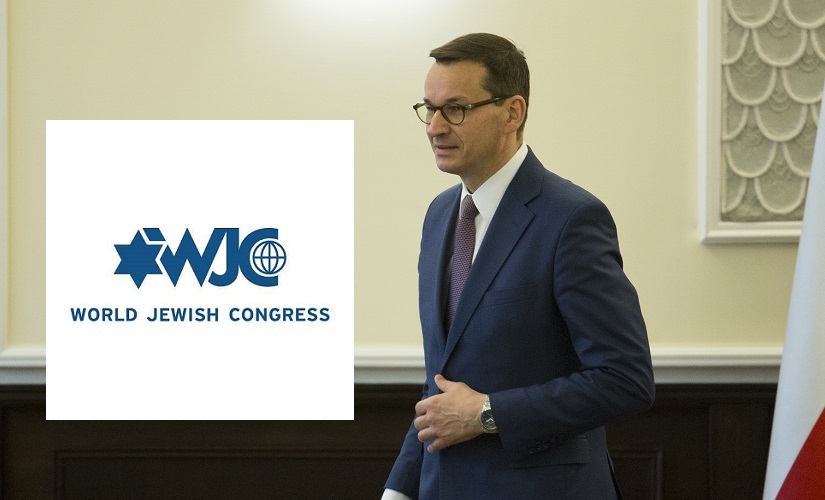 A piece of my speech was taken out of context; probably not good, reasonable, no one worried about the historical truth did not want to change the executioner with the victim – Prime Minister Mateusz Morawiecki said on Tuesday, when asked about the commentary on the situation of the World Jewish Congress (WJC).

During the press conference on Tuesday, the head of government was asked to comment on the situation of the World Jewish Congress, which criticized Monday's earlier statement of Morawiecki, who said the government did not agree to pay any compensation to anyone connected with the Second World War.

READ ALSO: WJC criticizes the prime minister: The unwillingness to recognize that the victims of the Holocaust have the right to material justice is unfortunate.

The head of government assessed that the "piece of sentence" of his statement had to be taken out of context.

If they read this whole sentence, I think that they would not criticize this statement. As nobody is good, no one is reasonable, no one cares about the truth, does not want to change the executioner with the victim. And I said that just during my speech

On Friday, during the PiS Convention at Łódź, the prime minister said the government did not agree to pay compensation to Poland for anyone involved in the Second World War. He reminded of German crimes in Łódź during World War II and the purchase of property.

"That's why today, if someone says that Poland wants to pay any compensation to anyone, we say: we have no permission to do so. "

"It has no consent and will not. It will not be as long as the Law and Justice will rule. "

– he added. The prime minister said that "had it ever happened, the executor and the victim would be rejected, that would have been offensive to any rules of international law, but would also be a victory after Hitler's death." . "

– said the head of government.

READ ALSO: First Minister: Poland is not allowed to pay compensation to anyone. This is Hitler's victory after death

Morawiecki's speech on Friday in a statement to the press of the World Jewish Congress (WJC) criticized Monday.

– said head of WJC Ronald S. Lauder, quoted in the message posted on the organisation's pages. Lauder also acknowledged that the Prime Minister Morawiecki's comment, if he were quoted precisely, was "vague" and also "very disruptive".