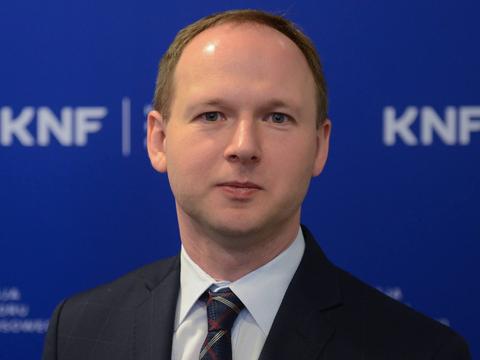 According to "Gazeta Wyborcza", he was the head of a Polish Financial Supervisory Authority, who was arranging a job with banker Leszek Czarnecki.

Kowalczyk, on TVN24, confirmed links with Marek Chrzanowski, that they knew each other privately. – We mentioned what I am doing, and we did not mention recommending in any way. He knew that I was a good lawyer, I was dealing with quite complex issues, I had experience of working in banks, so perhaps (recommendation – ed.) Spread from it – said the lawyer.

READ MORE: Grzegorz Kowalczyk was to be the KNF head spy?

As he admitted, "he has no intention to contact Chrzanowski again." – I have more faults against the whole situation of making it useful in this regard than for specific people, because to be honest, I do not know who is in favor of it – he says.

In an interview with TVN24, the lawyer also stated that he would be questioned. – I do not want to talk about it again, as I understand that these are matters that need an explanation. I will, of course, report on each application and explain everything – he emphasized.

He added that he did not want to refer to the conversation published by Gazeta Wyborcza.

According to "GW" of the recording that gave the transcript Czarnecki – owner of the Getin Noble Bank and Bank Idea to the public prosecutor's office together with the notification of the offense, it seems that Chrzanowski offers the preferences following him: removal from KNF Zdzisław Sokal – representative of the president of the Commission and head of the Bank Guarantee Bank – because he is a fan to acquire Czarnecki banks by the state; facilitating the increased financial consequences and what is known as higher risk (this costs the bank for PLN 1 billion) and the KNF and NBP friendly approach to the restructuring plans of Czarnecki banks .

In return, the banker would employ a lawyer identified by Chrzanowski, whose suggested pay – "related to the result of the bank" – would amount to 1 percent. The value of the Getin Noble Bank, or about 40 million PLN. According to "GW" he was involved in legal consultant Grzegorz Kowalczyk.

"Grzegorz Kowalczyk has been a member of the Bank's Supervisory Board since July of this year, paying the same charge as other members of the Council," said spokesperson of Plus Bank owner yesterday.

"In order to ensure the full transparency of operations of the bank (Plus Bank – ed.), The owner and representatives of the Supervisory Board have expressed their willingness and willingness to work with the office of the Commission Financial Supervision, including through their appointment by KNF their representative Supervisory Board of the bank KNF Chairman Mr Grzegorz Kowalczyk "- wrote Tomasz Matwiejczuk.

"Mr Grzegorz Kowalczyk was appointed to the Supervisory Board of the Board of the Plus at the end of July this year after the term of office term and office ends. All members of the Supervisory Board receive the same payment as defined by the regulations relevant internal organization, the same as those collected by previous council members "- we read in the statement.

"The charge for sitting on the Supervisory Board (World Bank – the same) is the only and exceptional one that Mr Grzegorz Kowalczyk receives" – added the spokesman in a statement.