Another agency reduces the scale of Getin Noble Bank. Negative effect of the KNF scandal 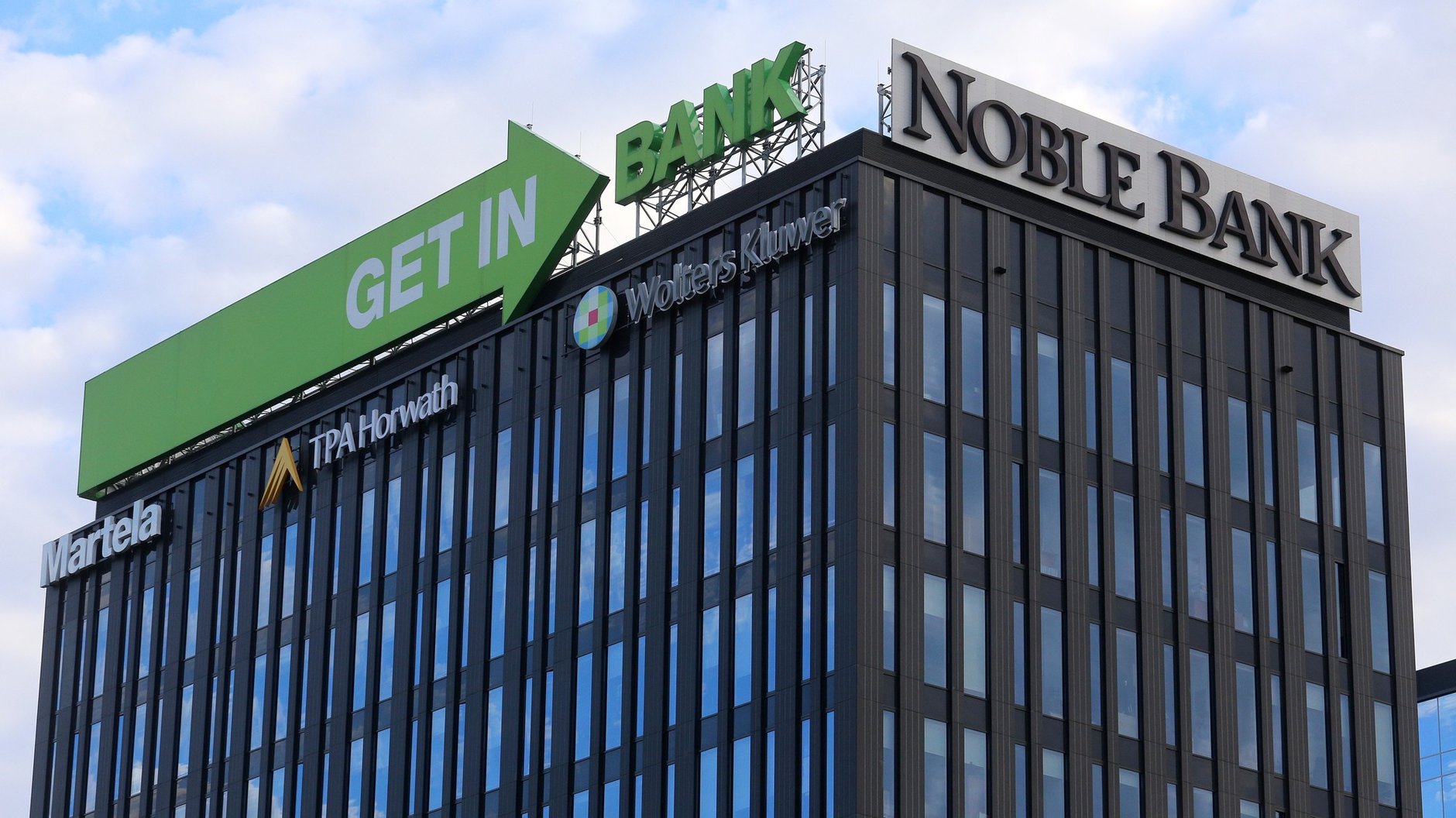 EuroRating warns that the conflicts between Leszek Czarnecki and the PFSA could have a negative effect on the bank. Especially in the implementation of the capital protection plan. The effect is downgrading and the threat of further cuts.

The EuroRating rating agency has dropped the Getin Noble Bank (GNB) credit rating per grade from B to B- level. The negative rate forecast is being maintained, said EuroRating.

"Four other cuts in the credit rating of Getin Noble Bank SA are related to the negative impact on the reputation and market perception of the bank, it may be the scandal associated with controversial displays of controversial discussions by the former chairman of the Financial Supervisory Commission with the chairman of the supervisory board and the shareholder of the majority of the Getin Noble Bank – Leszek Czarnecki and the investigation by the office and prosecutor in this case "- reads in society.

According to the agency, this case may have a negative impact on the co-operation of the bank with the supervisory authority, which is particularly important in the context of the fact that the Getin Noble Bank is currently implement a capital protection plan approved by the KNF, which is required for the bank to increase the above capital rates below the levels set by the supervision.

The Agency considers that the main defense that has been jointly financed by the bank in the amount of the 1 billion PLN is guaranteed by the main shareholder (some of which have already been implemented this year), however Almost half of this amount is the form of issuable transferable bonds for convertible conditional shares (CoCos), which will not strengthen the highest-quality bank capital (ie stock) directly. EuroRating highlights that the issue of bonds of this type does not currently provide for Polish law (work on presenting this tool is still underway), too.

The Getin Noble Bank capital protection plan also assumes further undergraduate issues. In this context, the agency states that, at mid-year, the PLN has a 1.9 billion PLN in liabilities related to published undergraduate bonds.

"EuroRating highlights restrictions imposed on financial supervision by banks in the past year, which, in practice, excludes the possibility of being acquired by retail investors. EuroRating is emphasize the fact that the negative impact of recent events on the reputation and credibility of the Bank Bank on the capital market (as well as listing the shares and bank bonds) could also reduce future capital fundraising in the market, which is in the face of the need to buy and re-finance a sequential series bonds (including undergraduate) may increase the risk of failing to implement the capital protection plan in accordance with the timetable , as well as blocking the financing of current bank operating activities, "we read.

According to EuroRating, maintaining the negative position is related to the GNB scale with uncertainty about the operation (or extension over time) of the proposed strengthening of the bank of the bank's capital position and restructuring its operations, and is expected to have positive financial consequences.

"The Agency also highlights the additional risk for the Getin Noble Bank and shareholder and gentry partnerships associated with the Act on strengthening the supervision and protection of investors on the market which was adopted last week by the Sejm. According to one of the amendments submitted to the Act, if there was a reduction If the bank reserves itself is lower than the level that is required by law or if there is a risk of such a reduction, a Polish Financial Supervisory Authority would be able to make an administrative decision regarding the transfer of the bank's enforcement by another bank the day after the date of its publication "- summarized.

The negative rating perspective means, according to the current rates of the EuroRating agency, that the likelihood of reducing the rate given to the bank over the next 12 months is now more than 1: 3.

The Getin Noble Bank was established as a result of the merger of the Getin Bank and Noble Bank in 2010. Managed by Leszek Czarnecki and listed on the Warsaw Stock Exchange.