And the KNF scandal. "DGP" publishes a full record of the Chrzanowski-Czarnecki conversation 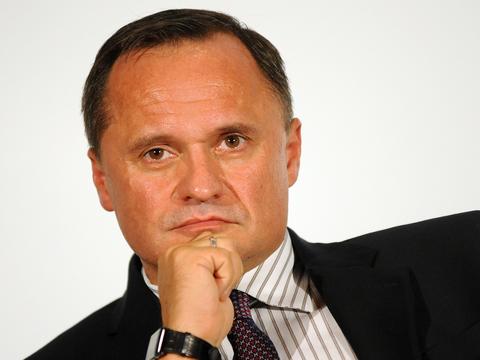 "It will give us a heart attack"

– Sokal will eat – this is how Leszek Czarnecki talks about the auditor Arkadiusz Krasowski of EY, who examined the financial report of the Getin Noble Bank for 2017. – He said he had come out with so much conviction that Mr Sokal was in her Personally threaten several times. He does not know what to do and he has to follow Mr. Sokal, otherwise he will not work with the office – reports the business.

The chat shows that the chairman of the BFG has spoken to Krasowski at the KNF meeting. – It would be good if there was some contact between you and the auditor, because he will accept us – says Czarnecki, the head of supervision.

– They can not comment on issues that were the subject of committee debates – said "DGP" Zdzisław Sokal. EY claims that the auditor works in accordance with the regulations. "By reporting on the GNB accounts audit, we did not find any facts or circumstances that would affect independence," the company's press office told the newspaper.

"When these francs could come in"

One of the disclosed texts of Chrzanowski-Czarnecki's conversation was the statute of France's statute. The business admitted that the new regulations will take "a large number of hundreds of millions". The director of the KNF, who was dismissed, reported on his co-ordinator after the meeting with Tadeusz Cymanski. The deputy of Law and Justice became the head of the parliamentary sub-committee dealing with franchise laws.

– I think he understands what the risks are, yes. We have also established that we provide the documents to a minimum extent. It belongs to those people who are more economically intelligent – says Marek Chrzanowski.

He also said he did not know when the law could come into force. The former head of the KNF drew attention to the "electoral cycle" and subsequent local and parliamentary elections.

Dziennik Gazeta asked Tadeusz Cymański for his meeting with Chrzanowski. According to the politician, it is not surprising that such connections in such a matter are important to lenders and the banking system as a whole. – The bill will be processed in the near future and will come in some shape. As the head of the commission, he will endeavor to settle as soon as possible – declare Cymanski.

WE ARGYMELL: Glapiński: two people try to disrupt the system

"Politicians will eat us"

Another issue of talk disclosed by "DGP" is the bank tax issue. The business believes "there's no good answer here". – Because, as we join Getin to the Syniad, everything comes to us in Getin, he says. Then, Marek Chrzanowski informs Leszek Czarnecki that banks covered by the recovery plan do not pay bank tax.

– I do not know. Politicians will eat, I am making this merger in order not to pay a banking tax from the Idea, which currently pays PLN 100 million and does not pay, he says. the business.

In his opinion, such information would cause a great deal of negative comments. – Also in your address, I agree with you, that this combination would not pay the bank tax again in the other bank. And it's all done special. Immediately such comments will appear. How to control? I do not have an idea at the moment – says Czarnecki.

The owner of Getin Noble and Bank Idea admitted that tax avoidance will be "devalued" in essence, almost 100% of the banking act ". – The law costs me there, I do not know, there are 200 million. Here I will have 100 million bank tax exemptions together with some 150 million cost synergies – Czarnecki accounts.

Do you want to keep up-to-date information about the day up to date? Like onet News on Facebook!