A1 Częstochowa Bypass. GDDKiA spokesman for building the way after cutting the deal with Salini t 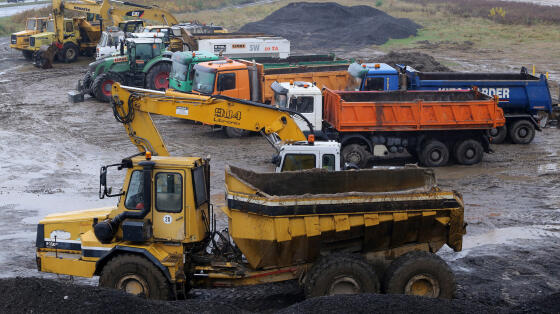 Even before the end of the year, we will want to ensure that Czestochowa ring road drivers within the A1 motorway are available – said Jan Krynicki, spokesperson for the National Roads and Motorways Directorate General in the "Business to People" program in TVN24 BiS.

On April 29, GDDKiA left the agreement with Salini Polska, a contractor, inter alia, a 21-kilometer bypass of Czestochowa along the A1 motorway. As explained by the Directorate, the withdrawal of the contract was caused by a lack of work and significant timescale delays.

Krynicki stressed that the current aim of GDDKiA is to resume working as soon as possible on the section of the A1 motorway between Czestochowa centers Północ and Częstochowa Blachownia. – Our plan assumes that before the end of the holiday we will invite the chosen contractor to the construction site. Before the end of the year, we will want to ensure that the route is available to drivers so that we can avoid Czestochowa already on New Year's Eve this year – announced the guest TVN24 BiS.

– We invited yesterday (Tuesday) editors of the existing general contractors from the A1 and Salini motorway subcontractors to enable us to sit with them to the discussion board on what conditions they can start building t – GDDKiA spokesman said.

Jan Krynicki said the meetings had been planned for next week. – Yes, so that we can talk about what we sent in the invitation to conversations, and then introduced the scope of the work and the contract model so that the contractors knew what terms they could be a contractor – he said.

The investment price is not yet known. – I would set the price when we knew the proposals – Krynicki announced.

However, the Częstochowa circular route is not the only section that Salini was supposed to build. GDDKiA at the end of April also drew back from the contract with the Italian contractor for building S3 near Polkowice. – We are also preparing to quickly select the contractor. Will the same procedure or one another – I can't talk about it today – Jan Krynicki informed. RMF FM announced in early May that Salini intended to appeal against the decision of the Directorate General for National Roads and Motorways.

According to a letter from a company from Italy sent to subcontractors, RMF FM arrived, Salini is undermining the effectiveness and legitimacy of breaking the contract because of its fault.

At the end of February, we informed that Italy's concerns about the construction of 9 road sections in Poland, including sections of S5, Zakopianka and Częstochowa bypass, requiring that contracts are priced.

In total, they applied to the National Roads and Motorways Directorate for an additional payment of a 1.2 billion PLN.