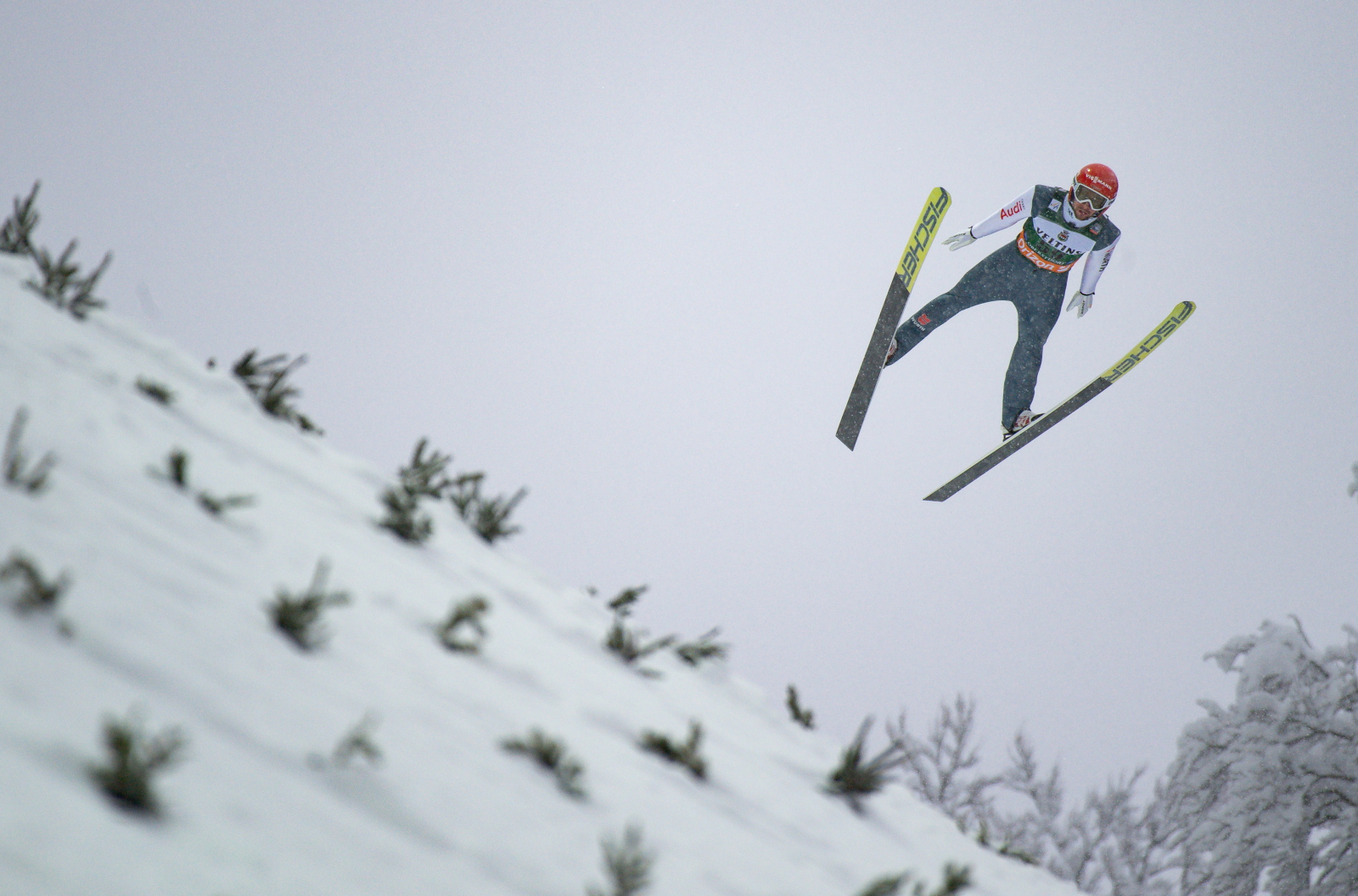 Marekus Eisenbichler won the pre qualification test series. Germany reached 127 meters on Bergisel. The best of the Poles was Kamil Stoch, who took the seventh place.

There were 61 competitors on the list starting, not 72 as it happened during the Wednesday and Thursday. In the competition, there may be a maximum of four snakes from a specific country. The exception is Austria, which had an additional seat because the title defended Stefan Kraft.

Conditions during the trial running on Bergisel (H130) were the easiest. The wind tied with varying strength and in different directions, and it was rain there. However, the jury did not decide to change the beam for a long time.

The path was shortened only after jumping Andreas Stjernen. Thus, the experimental series of 13th and 12th beams was played.

Read also: Councilor Białołęka wants to ski jump in Warsaw. "This is not a stupid idea"

Through the decision of the training staff, Kamil Stoch, Dawid Kubacki, Piotr Żyła and Jakub Wolny had the opportunity to perform in the competition on the big hill. Stefan Hula also went to Seefeld, who took part in training and was waiting for her opportunity.

Kamil Stoch made the best of Biało-Czerwonych. The World Cup driver generally jumped 122.5 meters, which allowed him to take a seventh place.

The other ten were Dawid Kubacki and Jakub Wolny, who achieved 118 and 120.5 meters respectively. Piotr Żyle jumped a little weaker. Bronze two-year-old bronze medal landed on the 115th floor and was 22.

The trial series came to an end to win Markus Eisenbichler. Germany jumped 127 meters, the same as the second Killian Peier, but it should be emphasized that Switzerland is moving from a longer attack. Peier on Bergisel (H130) is doing very well and regularly reports on the front.

Qualifications for the competition on the big hill will be held on Friday at 14.30. The battle for medals will take place on Saturday, February 23, also at 2.30.

VIEW VIDEO Visited Sector 101. Rafał Marton for the accident with Malysz: Life was flying before our eyes