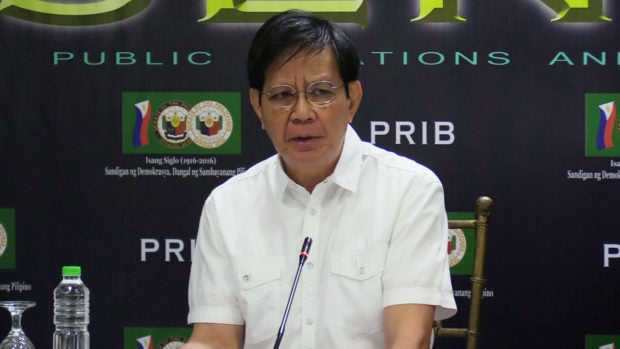 If the government asked the Congress for another extension of fighting law in Mindanao, parliamentarians may not be so open to the idea, said Senedd Panfilo Lacson.

The executive branch will have to put strong reasons why an extension is needed, Lacson said in a forum on Thursday.

"It's been so long. [Martial law] It should have done a lot to go with it [the concerns in Mindanao], "Said Senator.

"They will have to convince us more than they did during the first and second extensions," he added.

President Duterte declared a first fighting law in Mindanao in May 2017 after militants associated with the Islamic State group seized Dinas Marawi.

The fight ended five months later, but Mr Duterte succeeded in ensuring that the Congress attempted to extend the martial law until the end of 2018 to prevent the re-initiation of the troops.

The Philippines Armed Forces propose to propagate the fight rule in Mindanao, but rights groups have raised concerns that extending the law could lead to increased abuse.