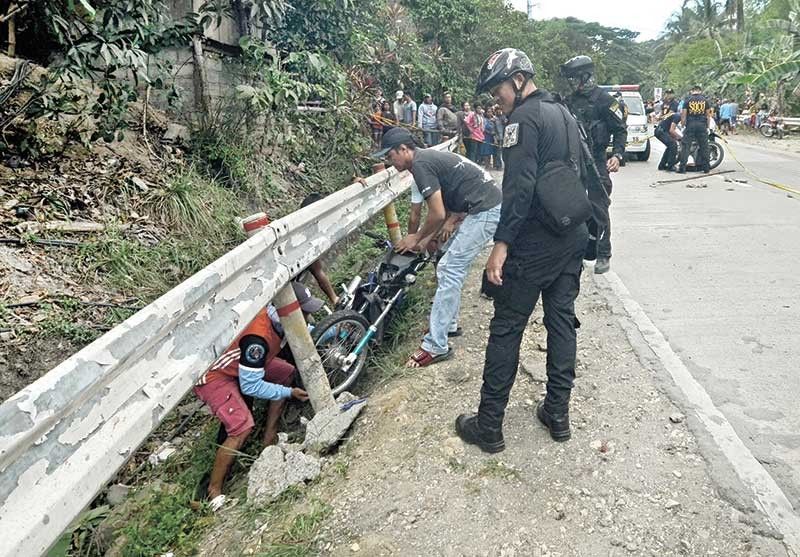 MEMBERS of the Cebu City Police Office and the Cebu State Police Office are likely to be in opposition to the death of their colleagues, according to the post of Cebu Tomas Osmeña City Mayor.

Police Master Junard Cinco, a member of the Provincial Intelligence Branch (PIB), was shot down along the highway at Barangay Media Onse in Toledo City last Tuesday, April 30.

Yballe was killed in a shot with 18 PIB workers at his house in Sudlon 1 at Cebu City last Wednesday, 1 May.

However, the Director of the Regional Police Office (PRO) 7 insisted that Yballe's death was due to “maladministration” and “co-ordination”.

A police officer said that the PIB operators had had a lot of Cinco slaughtermen in the nearby mount Sinsin, so they went to Yballe house to ask for his help.

Yballe, who said he had been scared and paranoid after receiving death threats, was alarmed when he saw armed men who did not know them outside his door. That's why he fired, says Sinas.

Osmeña, however, believed that Sinas was covering the truth behind Yballe's death.

“Because of the murder of Cinco and now the attempt to break the heart, there is a conflict between the city and the police. The leadership is doing their best to hide, but many of the rank-and-file police in the provincial force are angry with Cinco's death and misbehavior; , ”Said Osmeña in office on Saturday, 4 May.

The Mayor of SunStar Cebu Bobby Nalzaro read on the “misencounter” column which led to the death of Yballe and admitted “for the first time,” he agreed with Nalzaro that Yballe was the “real target” of PIB operators.

The mayor said that he had received information that Yballe was a well-known 'tester,' or murderer, for the drug lord Franz Sabalones who was killed, and was also associated with Jerome Labitad, who had hired by goods.

Osmeña said he had the knowledge of the same sources and helped him identify the eight police officers from Talamban Police Station who were reputedly caught up on three security camera men in Barangay Carreta.

Last Saturday, the remains of Yballe were cremated in Cosmopolitan Funeral Homes in Nivel Hills at Laffug Barangay, Cebu City.

The policeman, Chuck Parade, commander of the CMCF, led the 21-gun greeting outside the home funeral about 2:45 p.m. when Yballe's body was transferred to the crematorium.

Barandog said that the remains of Yballe will be transported to an undisclosed location around 8am on Sunday, 5 May.

When asked about the progress of the case, Barandy refused to comment, saying that they were not those who were investigating it.

SunStar Cebu also asked Barandog who knew what the PIB operators wanted to ask Yballe when they went to their house, but the policeman began to answer.

“We are still grieving,” said Barandy. (CTL with JGS, JKV)