BI to deport 9 foreigners for illegal sale of retail goods 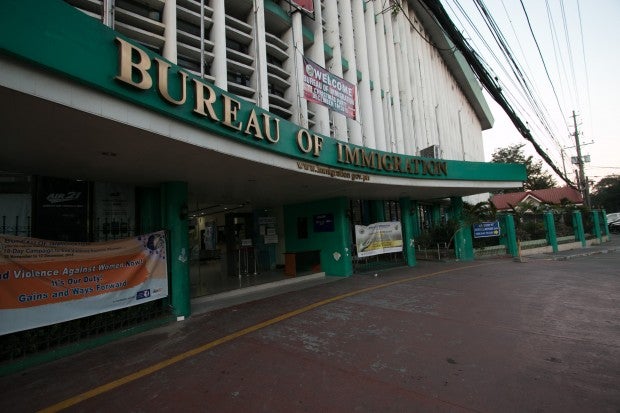 Nine countries in Pasay and Manila face deportation after being arrested for illegal sale of retail goods, the Immigration Bureau (BI) said on Monday.

Living Commissioner Jaime Morente said the nine foreign countries were faced with deportation cases after being accused of breaching immigration and country laws for the sale of retail goods.

"We will be deported for the crime of our immigration laws. Foreigners are excluded from taking part in any massive activity without the appropriate visas," said Morente in a statement.

The BI reported that four foreign nationals had been arrested on October 26 inside Manila Plaza Mall in Quiapo, Manila while the other five were arrested at both Shopping Centers in Pasay on the same day.

It was noted that the foreign countries arrested in Manila such as Cai Shaoqiu, Cai Shengfeng, Tian Changsheng, and She Lijuan, while those who were held in Pasay in Lin Manyi, Zeng Xinfu, Xiao Jinxiang, Zhang Yang Sheng, and Chichi Zhuang.

Morente said that the majority of foreign sellers had deregistered and failed to submit their immigration documents.

"Indeed, during the check, one of them presented a fake immigration document, while another could have assumed someone else's identity as she had no record of reaching," said Morente.

Morente then warned foreign nationals that they will not be allowed to participate illegally in massive activities that deprive small Seller sellers of livelihood opportunities. / je