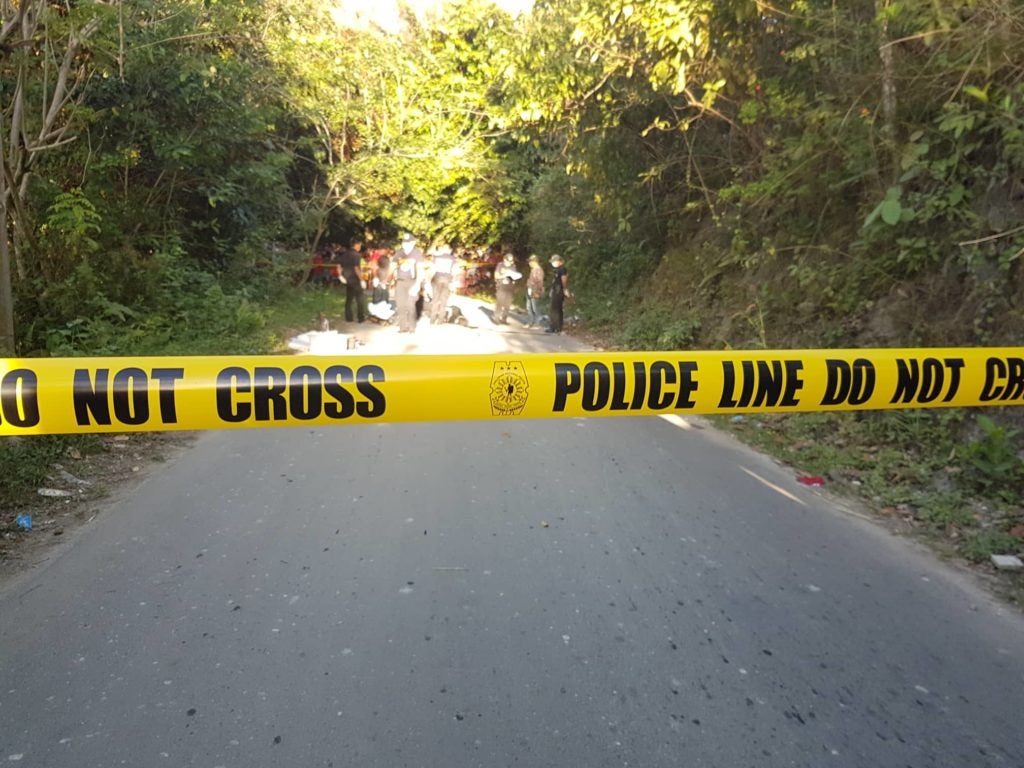 CEBU CITY, Philippines – It has been a bloody Friday morning in Cebu today, February 22, 2019, with at least six persons killed in three separate incidents that occured in the adjoining cities of Cebu and Talisay before daybreak.

At dawn, gunshots rang in Barangay Zapatera, Cebu City as police implemented a drug bust involving an alleged supplier of the party drug ecstasy in the city.

The suspect, identified as Kenneth Rosales, 31, and a resident of Tres Borces Street in Barangay Mabolo, Cebu City, was killed in an alleged shootout with the operatives from the Regional Special Operations Group in Central Visayas (RSOG-7) and the Parian Police Precinct.

At about the same time, the bodies of two male persons were found in an interior portion in Sitio Babao, Barangay Maghaway, Talisay City.

Superintendent Marlu Conag, Talisay City Police Office chief, told Cebu Daily News Digital that a team from the city's police's Scene of the Crime Operatives (Soco) found the bodies of the two men along the side of the road, both of whom had several gunshot wounds.

Police were still determining who carried out the shooting.

'In Cebu City, the Cebu City Police Office also issued an alert today that three persons had been killed in Barangay Lusaran, a mountain village in the city, during an anti-drug police operation the area early this morning.

Details were not yet available as to the identities of the fatalities. / elb

Disclaimer: The comments uploaded on this site do not necessarily represent or reflect the views of management and owner of Cebudailynews. We reserve the right to exclude comments that we deem to be inconsistent with our editorial standards.