Why do many kidney transplants fail? 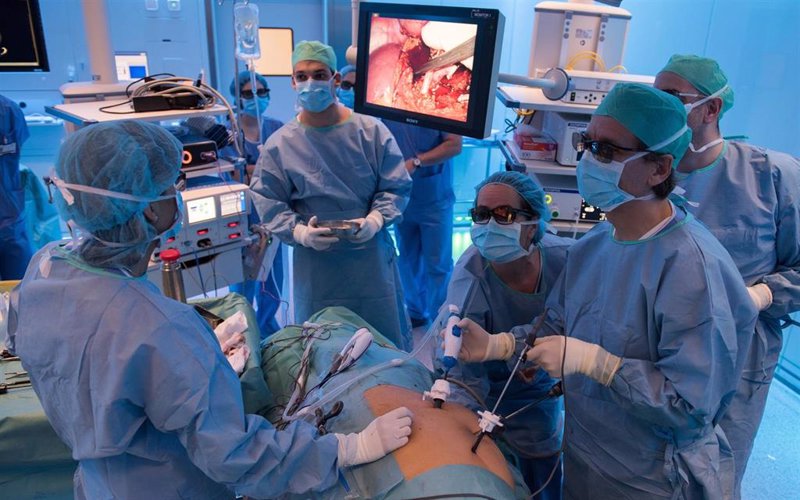 A genomic collision can explain why many kidney transplants fail, even when donors and recipients are considered to be well matched, according to a new study by researchers at Vagelos Medical School at Columbia University (USA).

This genomic collision is a genetic incompatibility between the kidney donor and the receiver, which causes the recipient to perform an immune attack against the donor's protein.

According to the researchers, the findings, published in the England Journal of Medicine, could lead to a more accurate comparison between donors and patients, and reduce kidney transplant deficiencies. Similarly, the same genomic collision may occur in heart, liver and liver transplants.

A successful organ transplant depends largely on ensuring genetic compatibility between the donor and the receiver. This is done by comparing the donor's human leukocytes (HLA) and the receiver. But only the imbalance in two-thirds of the transplants that fail for immunological reasons explains the HLA imbalance. "The rest of these failures are probably due to less common antigens, or minor antigen isolation such as the so-called", "explained Assistant Professor of Medicine at Columbia University and co-author of the study, Krzysztof Kiryluk.

The researchers assumed that a person whose genome carries a kidney gene with a section to eliminate it could be particularly sensitive to donor organs whose genome carries the full length gene. "The recipient would then be exposed to a protein whose immune system would see it strange," Kiryluk said.

To test their hypothesis, they examined 705 kidney recipients transplanted looking for the removal of 50 kidney genes present as full-size versions of the donor. The disposals associated with rejection in an additional 2,400 pairs of donors and recipients of three international transplant cohorts were then confirmed.

THE GENOMIC VIEW IS KEY

The study found that kidney recipients with two copies of a gene close to the name of LIMS1 had a significantly higher risk of being rejected when the donor kidney had at least one full size version of the same gene . The risk of rejection was 63 per cent higher among the pairs of donors and recipients with this genomic collision, compared to those without.

Similarly, two-kidney transplant transplant recipients of the eradication that developed a rejection of anti-LIMS1 antibodies in their blood, further evidence that this genomic collision was contributing to its rejection. "We don't know what the exact mechanism is used to eliminate this effect," Kiryluk said.

The transplanted organs often experience a significant period of oxygenation, which seems to be exacerbating the genomic collision. In the cells that produce LIMS1, the researchers found that low levels of oxygen increase LIMS1 production on the surface of the cell, which can increase the risk of immune attack.

Researchers have explained that LIMS1 imbalance would be expected to occur in about 12 to 15 per cent of non-contact donor transplants between people of European and African origin, but it would be very rare among East Asian people because the abolition was rare right in these populations.

"LIMS1 imbalance could be avoided by genetic testing before transplantation," said the teacher. "But first we have to validate our findings in more studies."

THE FINDINGS CAN APPLY WITH OTHER TYPES OF THE TRANSPORT t

Similarly, researchers have noted that the findings can be applied to other types of organ transplants, as LIMS1 is also expressed in the lungs, heart and liver.

As Kiryluk came to an end, the LIMS1 gene was not detected in previous searches, partly due to the limited sample size of previous studies. "We estimate that a traditional genome society study would have to analyze at least 13,000 kidney recipients to find this gene."

In addition, the genomic collision method "provides a new method of detecting an additional imbalance in a smaller number of couples receiving donors, and, along with the new antibody detection methods; n likely to drive future findings in this area. "