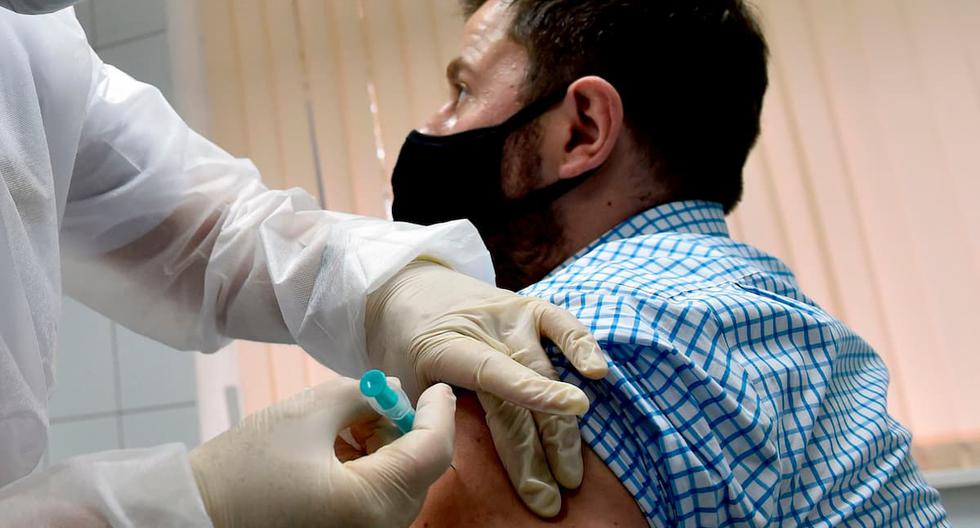 In recent weeks, three laboratories have announced promising preliminary results about the effectiveness of their vaccine candidates in preventing COVID-19. According to their own studies by Oxford, Pfizer and Moderna, their drugs have had more than 90% immune efficacy against the coronavirus. However, these results still need to be submitted to a third-party scientific review for validation and, furthermore, the commercialization of potential vaccines by the competent international organizations.

For Antonio Pratto, a member of the Vaccine Order, they are “wonderful news, considering that the FDA (a North American government health agency) requires 50% effective vaccine approval, so what all these vaccines show is that they are well above what is required”.

According to Pratto, Pfizer and Oxford are going to seek authorization for their emergency drug use from their respective health authorities, which they hope to begin marketing with before the end of the year.

“Chinese vaccines will also be ready in December, such as Sinovac, Sinopharm, Cansino – which have been on the Chinese market for a long time-, Gamaleya – the one from Russia. The same thing will probably happen in the United States, the first quarter of the other year, with Moderna, Johnson & Johnson“The expert said.

LOOK: Almenara Hospital confirms that it removed marbles and pellets from casualties who took part in the parade

To date, the State of Peru has signed a contract with Pfizer and signed the Covax Facility alliance for a total of 15 million doses, but this is not enough to restrain Peru’s population. The previous administration, led by Prime Minister Walter Martos, had proposals from Oxford, Sinopharm and Gamaleya but no agreement was formalized.

“The idea was to vaccinate between 6 and 7 million Peruvians in the first quarter of 2021, ahead of the elections, but there is nothing definite yet”Said a member of the Vaccine Order.

In Pratto’s view, this lack of a state decision could be because they are waiting for results, but when this happens, there will no longer be vaccine supply for the first three months of 2021.

“We are in contact with Duke University and they are conducting research on vaccine distribution worldwide. Already 9.5 billion vaccines have been carried out in different countries. AstraZeneca, for example, has signed with Argentina, Mexico, Ecuador, the Dominican Republic, El Salvador, Honduras and Costa Rica. Peru didn’t want to sign because he thought information was missing, despite the fact that the laboratory had the most data“, Held.

For Pratto, it will only be possible to know which vaccine has better immunogenicity in three or four years, that is, how long the antibodies last in the body. “So, if the Ministry of Health is waiting for that kind of information, we will be at the end of the queue in the middle of this crisis.”, Considered the expert.

Johnson & Johnson’s candidate vaccine is in phase 3. They expect to recruit a total of 60,000 volunteers worldwide, of which 3,000 will be Peruvians.

“Our COVID-19 vaccine program takes advantage of AdVac technology, which was the same as we used to develop the Ebola vaccine – already approved by the European Commission – and to build our candidates for other vaccines such as HIV, respiratory syncytial virus.“, In detail Peru21 medical director of Janssen Latin America, Carlos Alvarado.

As the expert explained, they are a vector vaccine, that is, they use adenovirus – the common cold virus – to which they incorporate coronavirus spike protein. This produces the immune response of the organism at this point where the immune system recognizes the vector.

“Our technology has been extensively tested in other types of vaccines with almost 110 thousand people and so far we have not found any safety warnings”, Noted Alvarado.

LOOK: The restaurant in Rome where he is forbidden to talk about coronavirus

This lab will conduct its tests in Lima, Callao and Loreto. 50% of volunteers will receive the vector and the remaining 50%, the placebo.

Janssen’s medical director stated that they expect to receive partial results from phase 3. by early 2021. “This can be submitted to each country’s regulatory authorities; In the case of Peru, the National Institute of Health, Digemid will review these data and as considered in the local regulations, will be the ones giving approval for the initial use for managing this crisis.”Said Alvarado.

Another trial laboratory in Peru is Sinopharm, through the Universidad Peruana Cayetano Heredia, which recruits a total of 12 thousand volunteers.

Consulted by Peru21, the doctor in charge of these tests, Germán Málaga, noted that 3,000 people were missing to complete the second group of volunteers. Of those who have already received the two equivalent doses, none have had serious health complications.

By the two weeks of December, Sinopharm plans to collect the results from all the countries where its trials were conducted and will be able to assess the percentage effectiveness of its candidate vaccine.

According to Malaga, out of every 100 people registered for the trials, 30 eventually receive the doses. Some do not go to the first appointment, others are turned down because they already have the disease or because of some clinical condition.

We all hope that as many laboratories come to fruition to come out of this world-leading crisis.

LOOK: President Francisco Sagasti says “now is not the time” to propose a new Constitution

Brazil: the first batch of Chinese vaccine against COVID-19 arrives in Sao Paulo