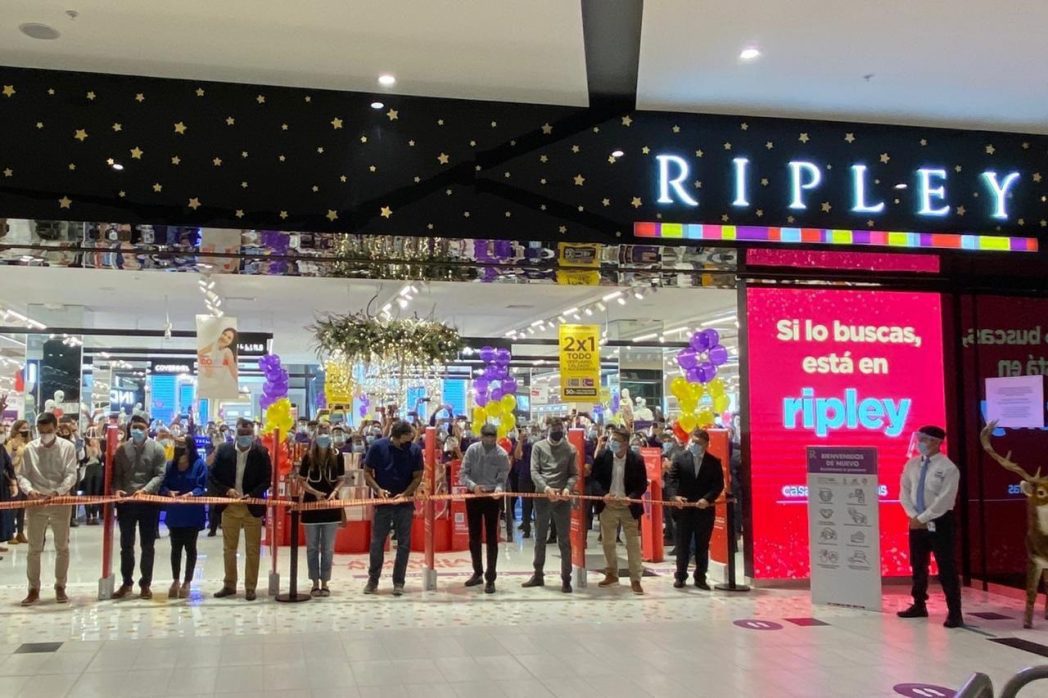 As part of its expansion plan in the Peruvian market, Ripley’s department store chain opened a new establishment at the recently opened Comas Mallplaza shopping center.

“Despite adversity, at Ripley we continue to promote our country’s economic development and recovery. That’s why today with great pride, we inaugurated our No. 31 store from Ripley in Comas ”, the company noted in its social networks.

In this way, the Chilean department chain opened its 31st establishment in Peru, where this year it has strengthened its e-commerce channel to face the pandemic that had its stores closed for several months.

RIPLEY IMPROVES HIS RESULTS FOR SALE IN ECOMMERCE CANAL

In the past three months, Chile’s holding retail sales were up on previous years, thanks to the growth of its digital sales and the continued recovery of face-to-face sales

During the third quarter, online channel penetration stands out too much as a share of sales made on the single platform that includes Ripley.com and the Ripley Mercado market- which reached 63.4% in the period , well above the 16, 2% of 3Q19.

Likewise, Ripley.com consolidated itself as the second most popular digital retailer in Chile and experienced a 314.6% growth in sales, while affiliate vendor sales showed an unprecedented 383.3% growth, compared to the same period last year.

On the other hand, the number of vendors doubled, allowing the offering of products and services to be expanded in categories such as supermarket, health and wellness, hardware store, bookstore, among others, thereby doubling the SKUs issued compared to the same period last year.