President of the Judiciary Meeting with the Spanish King News 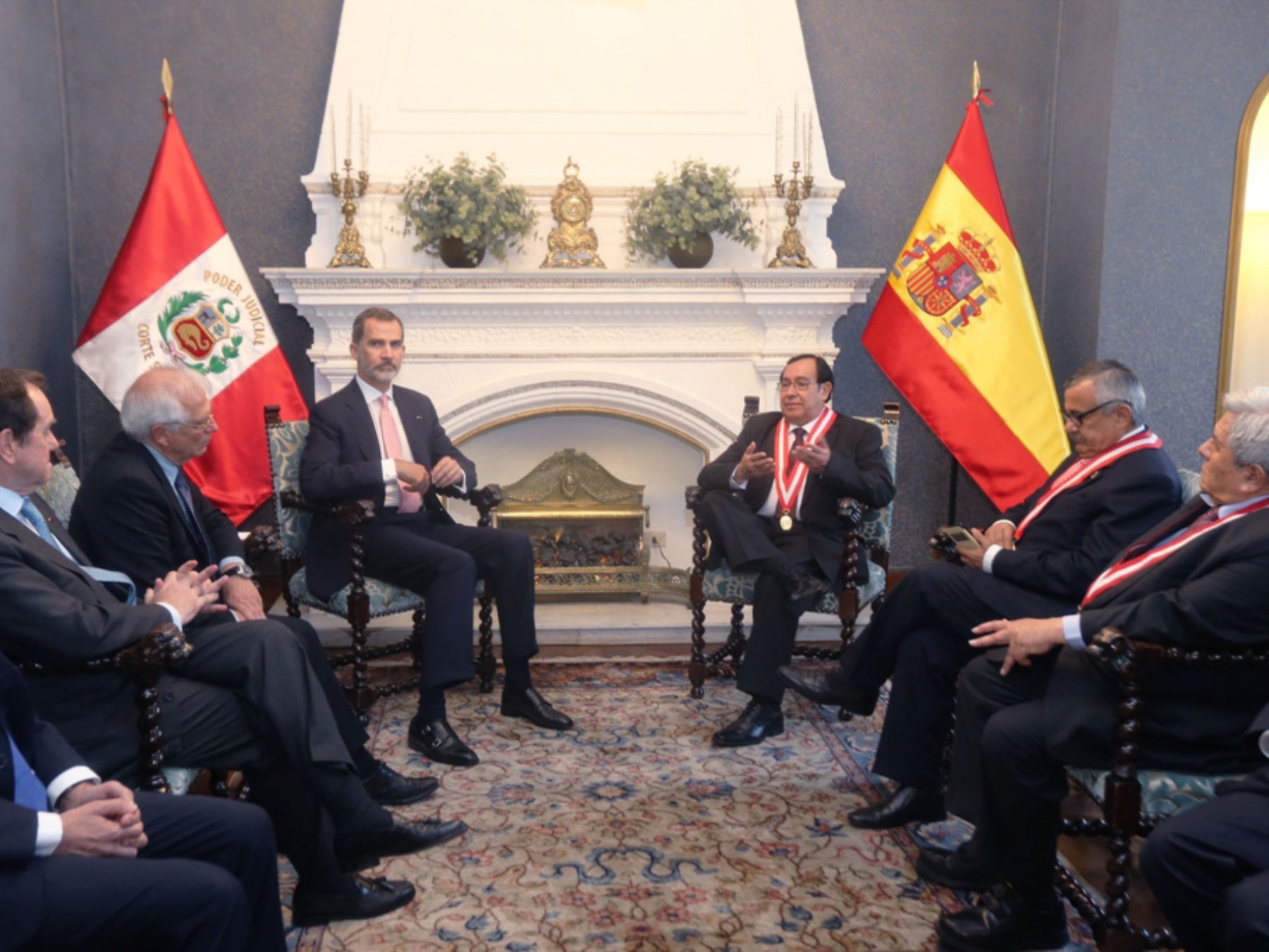 After arriving at court, the king received military honors responsible for the formation of the Peruvian Army set on the front side of the Justice Palace

The delegation was integrated by the high-ranking authorities of Spain; Meanwhile, the judicial delegation of Peru was formed by the magistrates Francisco Távara Córdova, Vicente Walde Jáuregui (responsible for the reception), Duberlí Rodríguez Tineo, César San Martín Castro and José Luis Lecaros Cornejo.

After a private meeting of several minutes, the Spanish King came on to sign the Judicial Illustrated Visitor Book.

Later, Prado Saldarriaga joined the high dignity of Spain to the main door of the Justice Palace, which left the property leading to a Swissotel, where it remains.

The real visit to Peru is from today and it will end on November 14, the time it will deliver a diverse agenda.

Felipe VI of Spain was declared king on June 19, 2014, after becoming effective in the revocation of his father Juan Carlos I, and he currently holds the Head of State and the supreme command of the Armed Forces.