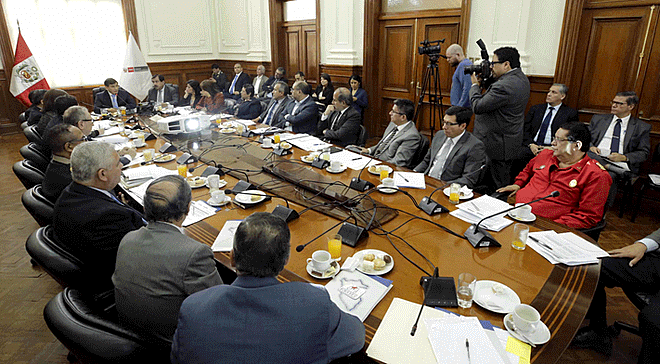 The new National Security Plan for Citizens, prepared by a commission chaired by the Ministry of Interior (Mininter) yesterday was approved by the entities that belong to the National Council for Citizen Security (Conasec). The document will be valid between 2019 and 2023.

As explained by the sector owner, Carlos Morán, the plan includes the strategic objectives, indicators and other elements that are involved in the fight against crime. Monitoring mechanisms have also been included to evaluate their results in different areas.

These components have been designed according to the "diagnosis of citizen uncertainty" made between the years 2013-2018, the term in which the previous scheme was in force.

For the last five years, the Minent had offered the aim of reducing "personal victimization" from 36.6% to 25%. According to the National Institute of Statistics and Advertising (INEI), by 2017 the official figures indicated that only 26.1% of people over the age of six had declared a crime in urban areas.

Amongst its main aims, the State also proposed that the percentage of women aged 15 to 49 who, during the last year, had suffered physical or sexual violence by their husband or partner being reduced to 10%. The baseline of 13.6% in 2011, according to the INEI, was reduced to 10.6% towards 2017.

In contrast, when the indicator is analyzed in life, it shows that the number of women who say they have suffered "once" has been experiencing violence growing by 40% to 65.4% in the same age group. ➞