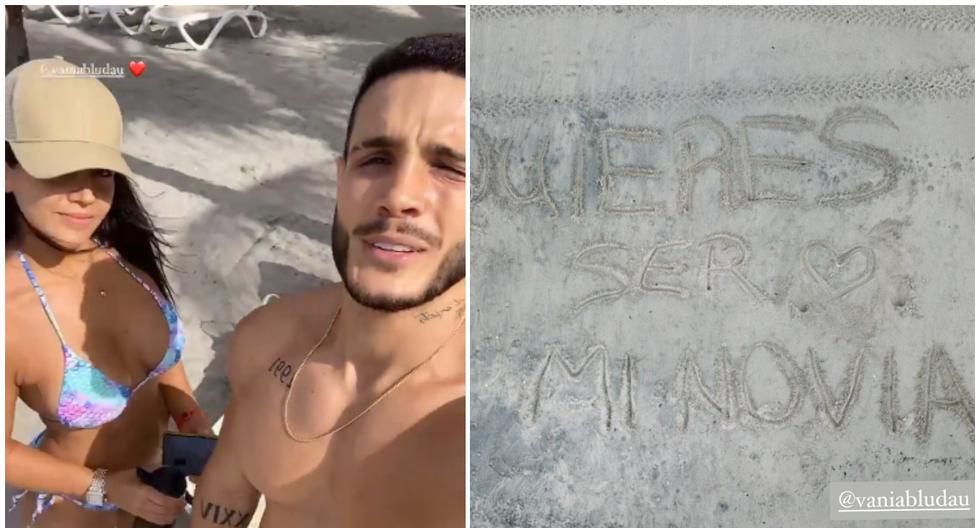 Mario Irivarren and Vania Bludau are enjoying a few days at the beach in Panama and they have no doubt about showing their love through social networks.

The ‘Esto es Guerra’ member looks very much in love with the Peruvian model, so he decided to make a romantic bid to be his girlfriend.

Through his Instagram stories, Mario Irivarren shared a video where the following phrase can be seen written on the sand: “Will you be my girlfriend?”.

Mario Irivarren and his romantic claim to Vania Bludau

Also, the romantic video ends with an image of Mario Irivarren and Vania Bludau hugging and kissing on the beach front.

For his part, the former reality woman living in the United States did not hesitate to share her partner’s romantic details and said: “How not to love it”.

In another of the videos Vania Bludau shared, you can see the two hugging in a pool and she calls him “my baby, my friend, my boyfriend.”

As is well known, a few weeks ago Vania Bludau returned to Peru after a year and walked with Mario along the Costa Verde, where they were caught kissing.

And after several compliments and flirting through social networks, the ‘fighter’ confirmed that he was maintaining a relationship with the Peruvian model living in the United States.

It’s worth noting that Mario Irivarren ended a several-year relationship with Ivana Yturbe, while Vania Bludau cut off her engagement with her boyfriend Frank Dello Russo, after discovering she had a Tinder account.