JNE explains the scope of the referendum 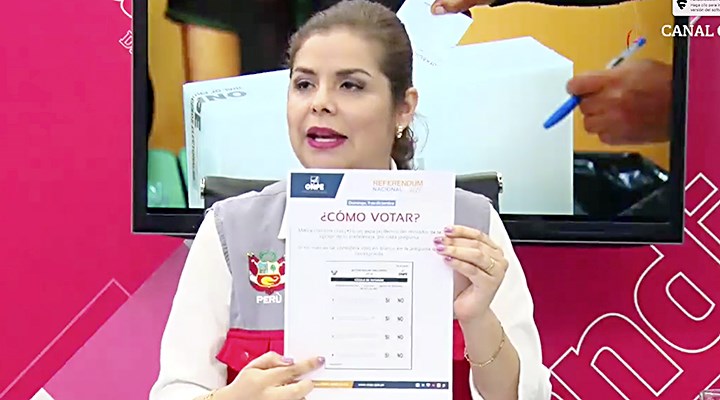 The right way to vote for any of the two options of the questions (yes or no), and the scope of each of the four proposals related to the amendment regarding compliance and the functions of the National Justice Board, the funding for political organizations, no parliamentary re-election and the return to bicamericality.

He said that each of these amendments meant adjusting up to 53 articles of the Constitution, which is why he asked the population to inform themselves through the Vote platform Notified Vote or from official sources

Each of the four questions is independent, so their approval or approval is also given individually, he says. They will be considered as valid votes if you check the Yes or No, leave it blank or worsen the poll.

In the Referedum 2018 program, Peru determines, transmitted by the Andes Agency, Clavijo said that Plaid Aprista Peruvian will be able to accredit representatives from across the country and campaign for the four amendments.

The population is also called to take part in the referendum and in the second round of elections to host in 15 regions.