Jimmy Santi does not find justice after reporting fraud: "We can go blind and without money" 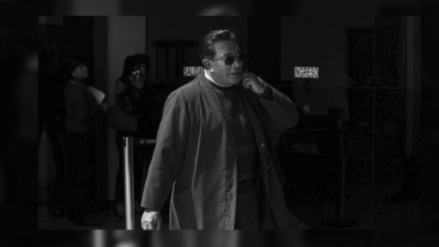 Two years ago, the singer Santiago Farfán Holguín, better known as Jimmy Santi, claims to have lived in Calvary, after denying he had been swindled by his secretary, Elena Herreraand her husband (a man entrusted with him) t Carlos Villanueva Rise.

The singer counted 72 years in the program "I have something to tell you" He met Elena Herrera and her husband, both working in the artistic environment: he was a radio publisher and was an events champion. The woman, who had Santi's confidence, controlled the company's account promoting events that he had.

So, Jimmy Santi Elena Herrera claimed several bank loans in her name, with the excuse of investing in the company of the singer. Villanueva, as well, was a partner of the artist, revealing over time that he realized that the accounts did not match.

Villanueva is outside the country United Statesand his wife has given the best to answer the messages and calls. According to her lawyer, the accusation of fraud has been filed and neither of the other has attended any of the 18 hearings.

"I'm 72 years old, I have the risk of getting blind in 4 or 5 years because I have a bad macula, then I could go blind and without money … Why does this do?" to me righteousness?he said through tears.