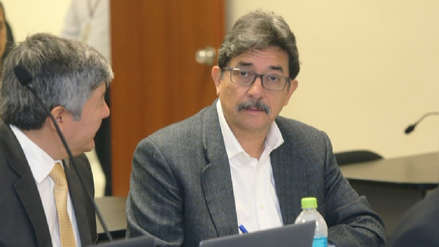 The Second Court of Preliminary Investigation in the Court of Justice of Justice Lima rejected the fiscal application for the prevention of restraint t Enrique Cornejo, former Minister for Transport and Communications, and announced the appearance with restrictions. This is within the framework of the investigations followed by the Metro from Lima.

Restrictions include: not leaving the capital and not traveling abroad while the process continues; appear in the Preparatory Court of Investigation every 30 days and justify their activities; ban to communicate with the other subject to investigation and witnesses.

Sánchez Balbuena He supported his decision so that the investigation "faced the process without such burdensome restrictions". He also noted that "there are no serious elements of conviction" to a restraining detention order and that "the actions of those investigated are carried out within the framework of their functions."

As a result, ordered the four investigated to be released immediately. A representative of the Prosecutor's Office announced that he will lodge an appeal, while the defendants' solicitors agree with the judge's decision.

Before they were released and then transferred to their homes, the accused will go to the Police High Complex Investigation Division, which has been located in the Prefecture, to perform some t administrative procedures.

The Prosecutor's Office is investigating Cornejo Ramírez about the alleged crimes of money laundering, passive bribery and collusion. The Public Administration's essay is that it would have benefited the construction company by issuing two urgent decrees during its administration.

He was also accused of being part of a suspected criminal organization that would have led the former president Alan García.