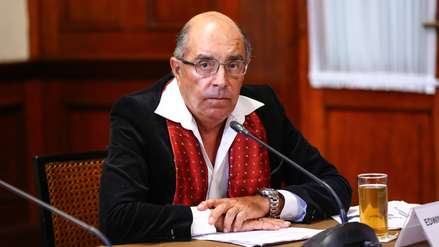 The process to remove the military decoration with the general character of the Army Edwin Donayre, sentenced by the Judiciary to five years in prison for an offense of theft, has ended and our subject is closed, inform the Minister of Defense, t José Huerta Torres.

He also said that the same measure had taken him to all the officials associated with Donayre when stealing gasoline to the Army, for the name 'Gasolinazo & 39';.

"All the processes for removing decorations are complete, t not only those given to General Edwin Donayre, but to all the officials who have included in this case. The corresponding decisions have been signed and the case is closed, "he said. T

Donayre, congressor Alliance for the Progress, was sentenced to five years effective imprisonment by the Judicial Judge after being found responsible for the offense of excuse committed as a result of gasoline theft to the Peruvian Army.

The Congress raised Donayre's parliamentary immunity on 2 May so that he could be imprisoned, but the ex-military man went to hide and has not yet been located.

At another time, the minister José Huerta He reiterated his sympathy to the brave members of the commandment who died last Friday in a helicopter crash, when they carried out humanitarian deterioration operations at Amazonas, on the northern border.

Huerta informed that commission investigation will determine the causes of the incident within 30 days.