Blockade on the Pan-American highway prevented the young man from helping and he died, Governor La Libertad reported 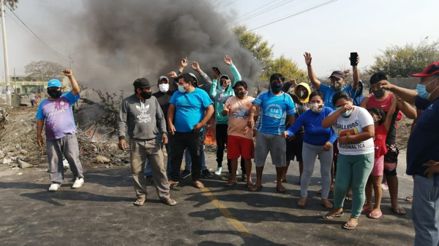 The La Libertad Regional Governor Manuel Llempén, published in RPP News that a second person had died during the protests on the Panamericana.

“There was an accident last night. A young man has been run over by a motorcycle and he (the protesters) did not allow the ambulances to go in, because they believed it was not the purpose of picking up a casualty. This person is dead “, the regional Governor confirmed. “Neither do they allow the prosecutor to come in to collect the body,” he added.

According to the information, the young man has been identified as Mario Fernández, 23.

Similarly, Llempén pointed out that agricultural Protestants agreed to itto allow the passenger buses to pass at noon this Friday, but they have not complied with it.

As for the young Jorge Muñoz, who died during the protests, Please fill in he noted that it will be a law autopsy this afternoon. “We’re going to find out what kind of weapon has caused his death,” he said.