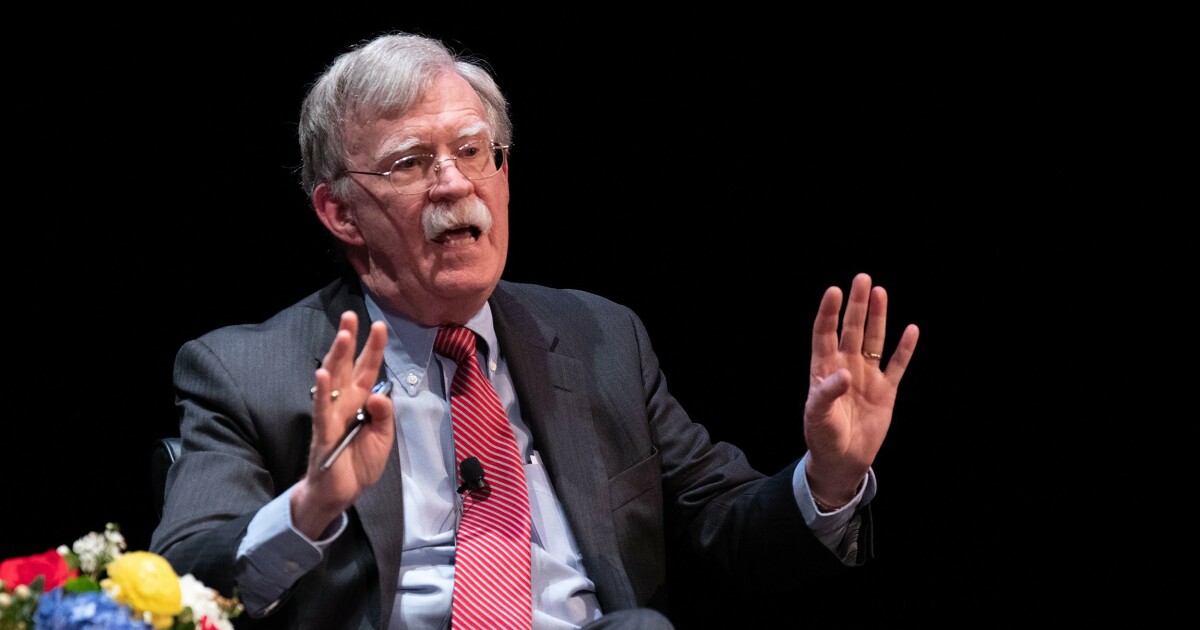 BERGEN (Dagbladet): The person who sat down to follow Holberg’s argument this year was presented with two worldviews, ie crawling up on the couch with the laptop in his lap, which couldn’t have been more different. The virtual debate of Grieg Hall took place in Bergen, but the theme was: Global stability, is it possible to achieve, and if so, how.

Participants were present via video link. In one corner: John Bolton, a U.S. diplomat, former UN ambassador, former bitter adviser to President Donald Trump, and a conservative falcon. In the other corner: Yanis Varoufakis, economist, former finance minister of the Syrian left-wing government of Greece and one of the leading figures when the country tried to escape the clutches of its creditors in 2015. For the militant Bolton, it was clear from which side of which world peace is first and foremost threatened: From China and to a lesser extent Russia, authoritarian regimes that are growing strong and threatening the hegemony of the democratic United States.

For Varoufakis academics The main problem was inequality: Inequality between rich and poor countries, and between those who have benefited from globalization and the lost, creates a breeding ground where aggression is easily rooted in and leaders can authoritative to emerge. For Bolton, the world is a zero-sum game where the answer is conflict and domination. For Varoufakis, it is a place where only comprehensive cross-border cooperation, where individual countries are not caught in a downward spiral of economic crisis, can prevent chaos.

This is how it was a completely different experience than Holberg’s argument three years ago, when Wikileaks founder Julian Assange and journalist John Pilger were guests. Several media commentators, including myself, responded strongly to the fact that Assange and Pilger were allowed to spread conspiracy allegations without being contradicted, in a session that was more preaching than debate. This year, the responsibility of the organizer was taken more seriously, by the moderator, Professor Scott Gates, but also by the fact that both hotels were confident, confident actors in the global arena who refused to highlight weaknesses in the eyes of the world. wide the other.

And that was good, because this year’s debate was not without controversy. In advance, there were responses that Bolton, a staunch defender of the US invasion of Iraq and the fake building on which it was based, should be given a rostrum. But the problem is not that controversial people get the floor, the problem is if they are not challenged. They were, above all, separate, though it must be said that Bolton should have been confronted to a greater extent with the tragic consequences of US foreign policy and his own role in it.

How many critical questions it could also have been given to Varoufakis, who has not received unanimous tribute for his line of conflict towards the EU peaks. Still, he came out best in the duel.

When Bolton could falling into banal arguments so that capitalism means freedom, Varoufakis could easily point out that the system that creates freedom for some creates freedom for others, which they have to accept to be exploited because they are so easy replace them. At the same time, Bolton might point out that he was probably a bit naïve when Varoufakis claimed that the West, by insisting that China to a greater extent follows human rights to access economic cooperation, could pushing the vast empire to change.

But most of all in fact, it was good to see two major toxic dissenters discussing the future of the world in polite, factual forms. The hate culture war is scary, but it hasn’t taken over every arena yet.