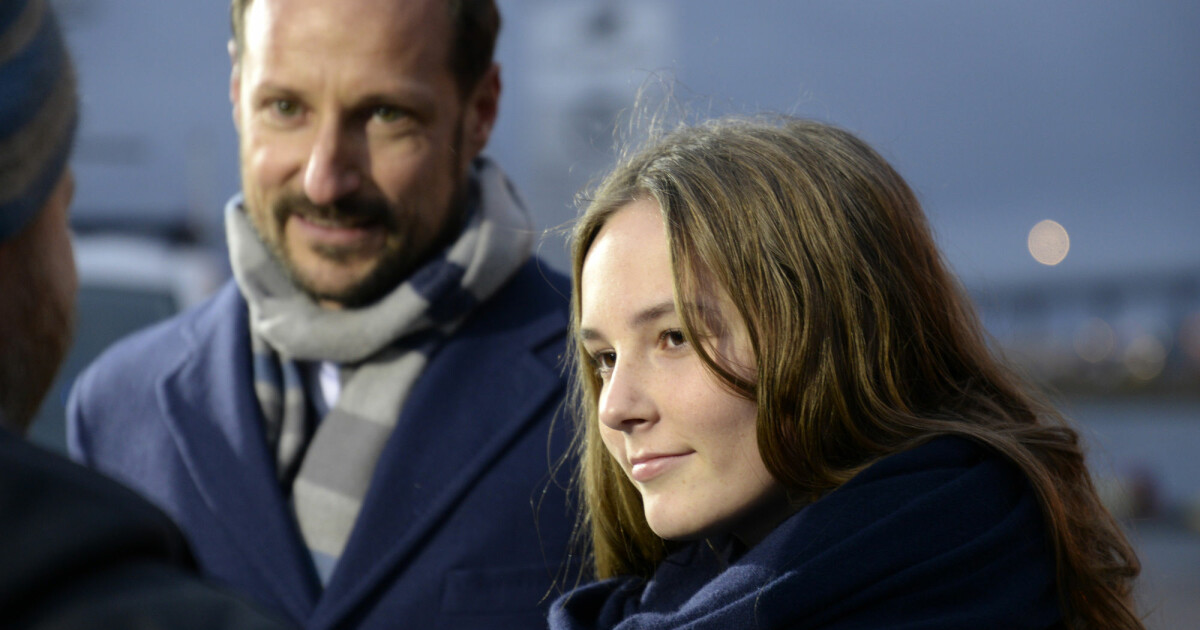 The chess ceremony was held in Tromsø on Saturday mornings, where the traditional brilliance bottle was replaced by a large ice club.

The title "Crown Prince Haakon" was awarded for extensive name competition in 2013, where 1,000 name proposals were introduced. Senior Vice President Jan-Gunnar Winther, in the Norwegian Polar Institute believes that the name represents long-standing polar traditions among the royal.

"As well as its great commitment and deep knowledge about climate and environmental in polar regions, it adds.

The advanced research laptop has cost 1,4 billion kroner and is designed for full-time running in ice waters. It is used for research in the Arctic and Antarctica and has first class ice navigation features.

Headline to the right

In his speech the Prince of the Crown pulled out, because it was amazing that Norway had a research vessel that could move to some of the world's most vulnerable areas and give a new understanding.

"Prince Prince Haakon" has already been on a number of research posts in the Arctic, and after the baptism the course has set against Antarctic waters. The ship can go on three square speeds in one thick meter ice.

The research vessel is among the most advanced of type. There are 14 laboratories aboard and the echosounder provides information about the smallest bed and sea details.

A controlled submarine can go far to the depth of 6,000 meters to collect data, as well as the ship capable of seismic shooting, trawling and sending weather balloons that take profiles of & # 39; r atmospheric.

"We want the ship and everyone took good luck to the important assignment in the years ahead," said the Prince of the Haakon Crown.

"And we want the ship all on the trip to Antarctica and the South Pole – 107 years after Roald Amundsen planted an Norwegian flag on King Haakon VII's Board for the first time.

The ship owns the Polar Norwegian Foundation, and the Marine Research Institute is responsible for the operation. UiT Norway & Arctic University will be the largest user.

"Prince Prince Haakon F / F" has already been on tour – here you can read some of the blog posts that the researchers wrote about the journey: