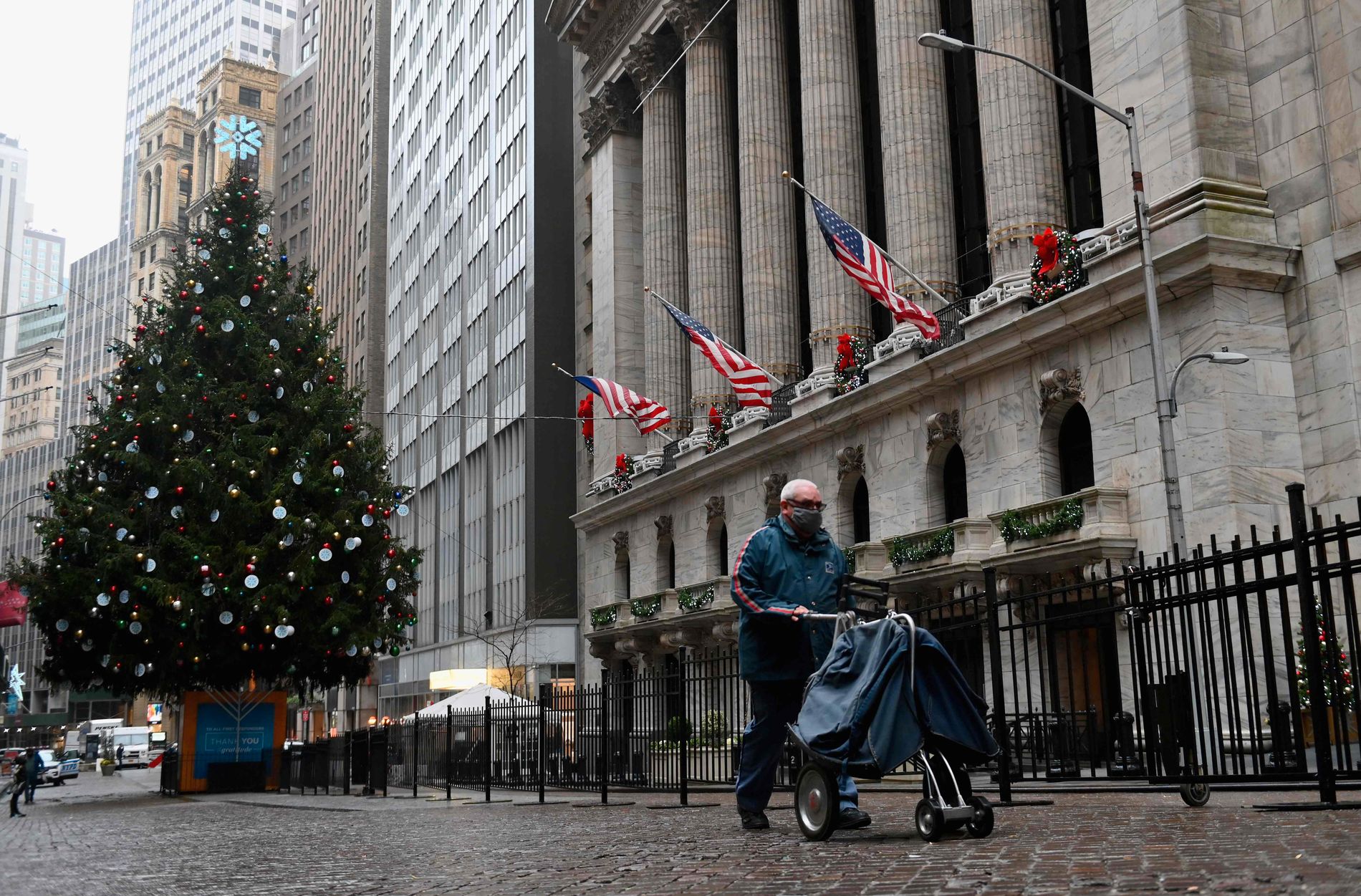 The three major S & P500 indexes, Dow Jones and Nasdaq, rose to a new record on Friday. The oil companies contributed to the rise, after the oil price ticked up to 49 dollars a barrel.

The rise in stock markets worldwide spread on Wall Street on Friday, despite the fact that “the most important figure of the month” disappointed analysts earlier in the day.

245,000 jobs were created in the United States in November, which was significantly lower than the estimates of 460,000 new non-agricultural jobs. At the same time, the figures from October were revised downward slightly.

The disappointing numbers coincide with ever-brighter corona numbers. On Thursday, the country broke a record in the number of new infections, coronary deaths and hospitalizations, according to CNBC.

At the same time, the market and the rest of the world are now waiting for a vaccine. Next week, it is expected that the Pfizer and BioNtech vaccine will receive urgent approval in the United States. On Thursday, problems with production were reported, but it was rejected by BioNtech on Friday afternoon, according to Bloomberg.

On the broad S & P500 index, energy was the best sector, with a 5.4 percent increase, writes CNBC. It comes after oil prices rose to nearly $ 50 a barrel, the highest level since early March before the corona crisis hit.

Here’s how the most important US indices ended the week:

Part of the reason why the rise in stock markets continues is the hope that slightly weaker labor market figures may contribute to the US Congress being able to agree on a new crisis package. There have been several proposals, but so far the Republican leader in the Senate, Mitch McConnell, has not been persuaded, because he wants a smaller package than was proposed.

– There was a usable vibe in the stock market last week. In the United States, there is hope for a fiscal policy package before Christmas, write Erik Bruce and Joachim Bernhardsen at Nordea Asset Management in a weekly report on Friday.

– The markets have gone a long way last month on a series of strong vaccine news. Unsurprisingly, Thursday’s news release that this year’s Pfizer will produce fewer doses than previously announced, has created some disruption. The message seems to refer to an old estimate from Pfizer. The unrest quickly died down, they write.

Here’s how the individual shares went

Among the individual stocks that rose sharply on the Dow Jones index on Friday are Caterpillar, a supplier of industrial equipment often regarded as a temperature gauge for the economy. This share rose 4.3 percent.

Chevron and Exxon both rose more than three percent after the rise in oil prices.

Among the shares on the S & P500, oil company Occidental made the most positive contribution, with a rise of just over 13 percent. Diamondback Energy rose 12 percent and Marathon Oil about ten percent.

Also on the Oslo Stock Exchange, oil shares were up front on Friday, with a 4.55 percent increase for Equinor which was the largest traded, and 6.82 percent for Aker BP which was the second most traded.

– The oil price has risen well recently, and this week an agreement on a very cautious increase in Opec production contributed to an increase. Further increases in oil prices from here may be limited, writes Nordea Asset Management.

Next week, the final European Central Bank (ECB) monetary policy meeting will be held this year. At the same time, the Brexit negotiations between the UK and the EU are at their peak. Agreement must be reached before the new year, when the transition period after Britain leaves the EU ends.

– Gets the most to go on

Martin Mølsæter, who manages the fund’s First Generator, told E24 on Friday that oil has much to go on when the world economy recovers. It has doubted oil stocks despite the decline in oil prices and stock prices after the corona crisis that struck in March.

– Oil shares have lagged behind as reduced transport needs during the lockout period have reduced oil demand. But oil will be a vaccine winner. And the price of oil is the price of raw material that has the most to go on next year, he told E24.

Mølseter therefore had no plans to make cyclical equity, which varies according to economic conditions, a smaller part of the portfolio.

Mølsæter has reversed the crisis after a record-breaking month: – The portfolio is heavily bombed

The stocks that reflect the global turmoil: You should know these “temperature gauges”