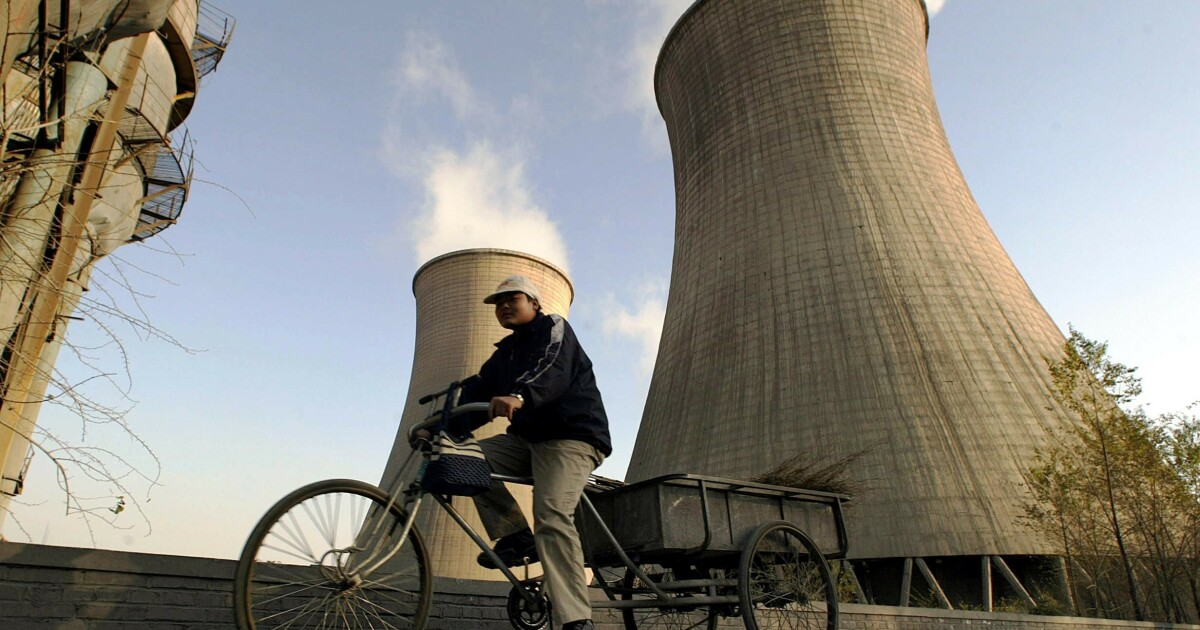 Despite trade wars with the United States and a corona crisis that has paralyzed large sections of society, China is now setting new records in its industrial activities.

And so new records for climate-friendly gas emissions.

A large increase in steel and cement production is the main reason why China’s CO emissions have set a new record in the third quarter, writes Energiogklima.no.

– The fact that the production and use of cement steel has now increased is clearly worrying. They are the largest consumers of coal, and among the largest sources of carbon emissions and air pollution, senior researcher Gørild Merethe Heggelund at the Fridtjof Nansen Institute (FNI) told Dagbladet.

When the community closed in January and February, it can be seen from the satellite images that air quality has improved significantly. China’s CO emissions from fossil energy and cement production fell by 25 percent when the country closed as a result of covid-19 in January this year.

But since May, emissions have risen sharply again, and in the third quarter reached a new peak, three percent higher than the same quarter in 2019, writes analyst Lauri Myllyvirta in a new analysis and published in CarbonBrief.

The largest in the world

The large increase in coo emissions is due in particular to increased activity in the steel and cement industry. Earlier this year, the Chinese government pumped billions of kroner to keep the industry going, which has yielded results. China now accounts for as much as 58 percent of the world’s total steel production.

– Covid-19 pandemic has not put more damp on China’s economy. The government provided the industry with a $ 430 billion stimulus package, leading to 5 percent economic growth in the third quarter. Currently, the world is seeing them increase productivity, but at the same time they have introduced a green action plan for the period 2021-2035 that addresses how to reduce emissions. It gives hope, Heggelund said.

– Why do you think they are increasing productivity now?

– There has been a gradual increase in steel production since 2018. It’s a complicated issue, but you can imagine you’re trying to get higher production to remedy the trade war against the United States, Heggelund said.

It does not bode well for carbon emissions. The steel industry is China’s largest consumer of coal power and the main source of air pollution. Between July and September, steel production increased by as much as ten percent. During the same period, cement production also increased by five percent.

Gas and oil consumption also increased. The same was true of building materials.

How many coal-fired power stations

In 2014, Chinese provinces gained more autonomy for investment. This led to the construction of several new coal-fired power stations across the country. Now the question is whether the new five-year plan, which will be approved in March next year by the People’s Congress, China’s top political body, will highlight energy and climate ambitions.

– I think they will, but just as Norway cannot stop producing oil overnight, I think China must have a fast transition and replace coal with other energy sources . It’s a complex problem where tens of millions of people make their living in the coal industry, and it must take a few years before the transition is complete, Heggelund said.

China’s powerful leader Xi Jinping has announced that the country will reach its peak of emissions before 2030. At the same time, it has announced at the UN General Assembly that China will be carbon neutral by 2060.

– China’s economy has been heavily dependent on coal. Energy demand in China is enormous, and a few years ago over 70 percent of total energy demand was coal-based. This proportion has become lower, but it is a question of whether this process should go any faster.

She believes that China has a clear self-interest in reducing coal consumption and pollution.

– They want a green shift – with a focus on innovation and technology – from a public health perspective and have a large agricultural sector. They are also hit hard by drought, floods or other natural disasters linked to climate change, Gørild Merethe Heggelund told Dagbladet.