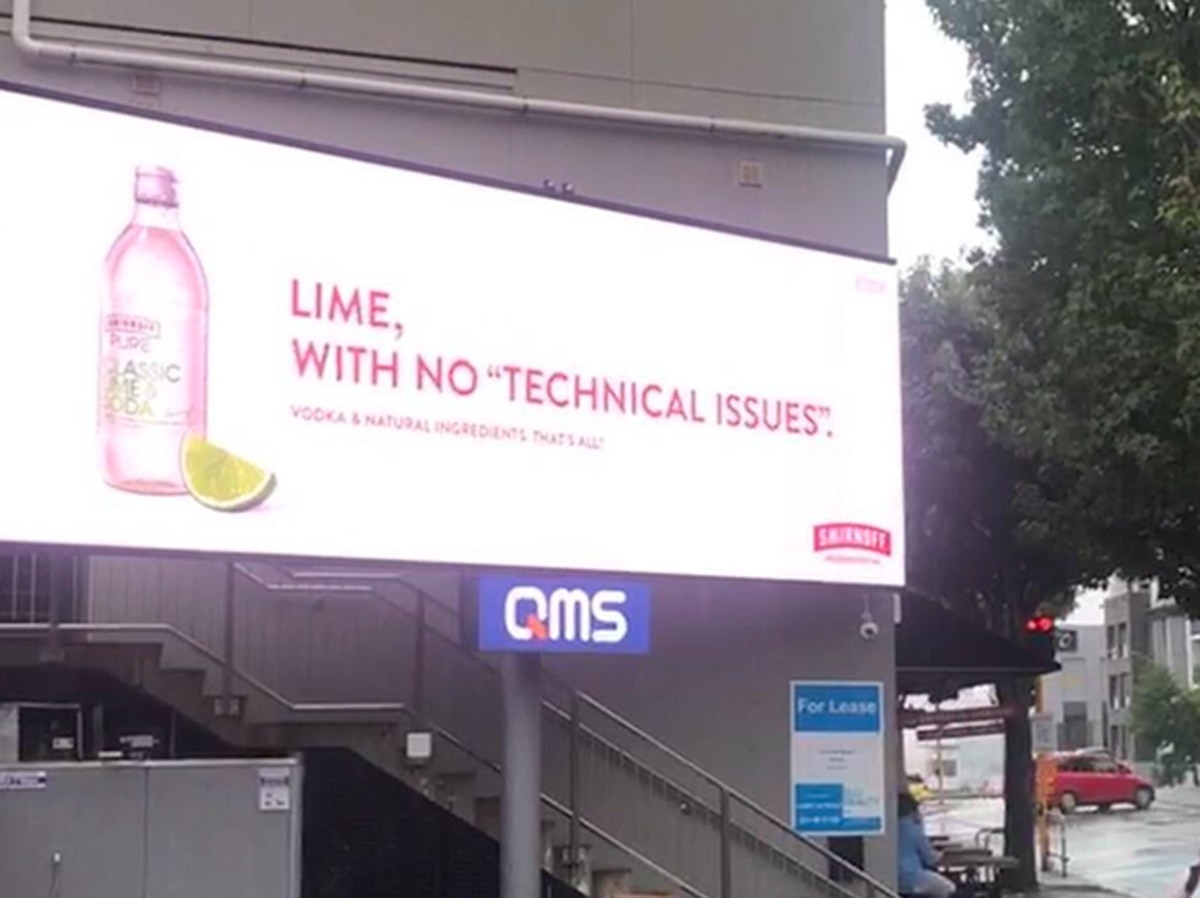 Smirnoff found Vodka a funny way to stimulate fun in the Calch Scooter debate in Auckland.

A table board seen in the CBD promotes lime vodka with "no technical issues".

Smirnoff board board was found on Nelson Street on Friday, the same day the lime prohibition was announced temporarily.

Lime scooters have now been banned from the city of Auckland after a series of accidents caused by technical glitches.

The decisions are following a number of recent events, some of which have resulted in injuries caused by the wheels on e-scooters unexpectedly closing.

CEO of Auckland, Dean Kimpton, said Calch had indicated that he had reported 155 reported irregular packing events that could have caused the unexpected closing issue.

Ninety-two of these were in Auckland. Of these 30 resulted in injury.

The red excavation was uploaded to Reddit, with people saying it was a "lovely" advertising piece.

The decision to suspend lime scooter licenses will be reviewed on Monday.