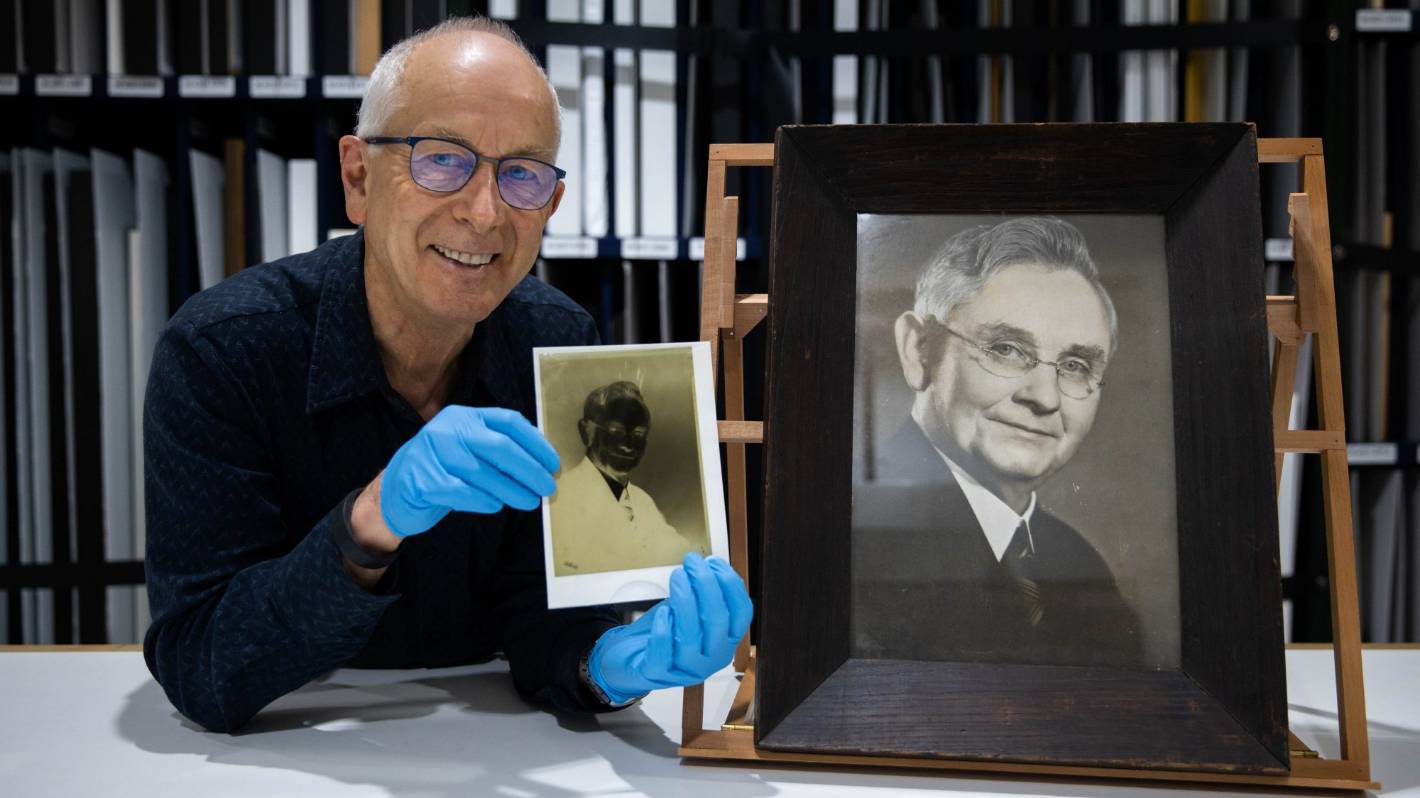 It is one of New Zealand’s most famous photographs, a black and white pen portrait of the first Labor prime minister, Michael Joseph Savage.

The iconic portrait hung in thousands of homes in the 1930s and 40s and can be seen today in Prime Minister Jacinda Ardern’s office.

Until now, historians have never known whether the original negativity still existed. But this month, Te Papa’s curator found the original from the famous picture.

Te Papa’s curator of photography, Athol McCredie, discovered the original negative in the museum’s Spencer Digby archive and contains tens of thousands of negatives of images taken by the studio from the 1930s to the 1960s.

READ MORE:
* Election 2020: Do politicians’ social shares give us an insight into their lives – or are they just a political ploy?
* Everything about Eve: Iconic works by the celebrated sculptor Rodin appear in the Waikato Museum exhibition
* Please tick. Tick ​​podcast: The subtle and not so subtle ways that you are amazed by politicians

McCredie said he had long suspected that the Spencer Digby archive could hold the original iconic image, but it only came together when he began researching the archive this year.

In the studio’s register book, he found an entry called “Savage” that led to the discovery of the negative, docked in a tightly packaged drawer.

“We’ve seen the image reproduced so many times, but never the negative – it’s the origin of all that image, the original that all those prints came from,” says McCredie.

Prime Minister Jacinda Ardern has the portrait in her office and was prominent in the background of her reference to the nation announcing the Covid-19 Alert Level system, which Claire Robinson, Massey University’s political communications expert, said was a deliberate branding exercise.

“With his smiling smile and his eyes that jerked and made direct contact with viewers, this Savage portrait has long been regarded as an embodiment of the first, friendly, kind, reliable Labor brand and self-sacrificing, ”said Robinson.

“Locating her portrait behind Jacinda Ardern’s desk is a sign that she is committed to the mission that began back in the 1930s to eradicate the country of poverty and unemployment.”

Photographic negatives of this age are often made with flammable materials, and must be stored in specialized storage facilities.