Super Rugby: Brumbies comes back to beat the Blues 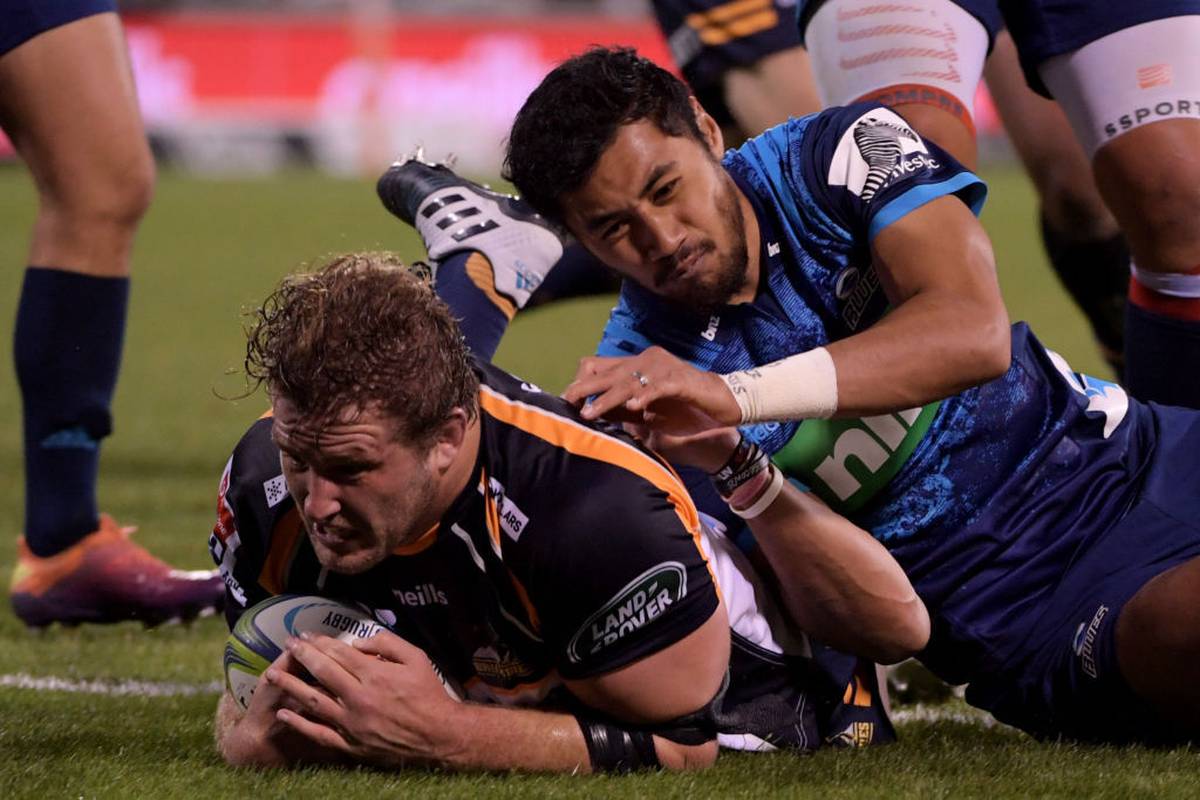 Leon MacDonald's plans of an ambitious final quarter through his heavy artillery on the reserve bench have come to nothing in Canberra tonight, the Brumbies hanging for a deserved victory.

The Blues were in trouble for the last hour of this game and although some of the decisions against their scrum were suspicious, some of their discipline was unforgivable.

The props Alex Hodgman and Ofa Tuungafasi were sent to the sinbin, the first in the first half for tackle-weapons and Tuungafasi for a break in the second half.

Lack of workforce, occupation and territory, only after a recent return home from Buenos Aires, a set piece and a front line driver allowed them to set the agenda after a first 10 minute difficulty.

Their victory placed them firmly in the playoffs mix, while the Blues, who took a lost bonus point, drifted further out of the account with tough home games against the Hurricanes and the # 39s; Headteachers to come over the next two weeks.

There is also a difficult task against the Crusaders in Christchurch to come. It looked promising for the Blues after four consecutive wins, but their three losses since then have knocked out the stuffing.

After a good start at GIO Stadium where they led early, the Blues had little chance of attacking. In the second half, and despite guidance from 15-12, their backs were just spectators who were interested at times, the Brumbies went to their proven tactic of the line campaign that was given three tries t to hooker Folau Fainga 's.

Certainly, it wasn't pretty but all they needed to do after a very opening 10 minutes, when the Blues took a 12-0 lead thanks to TJ Faiane's bid, the midfielder running a perfect line for Melani Nanai's help. , and Caleb Clarke Break from a wide over-ambitious Christian Lealiifano bass.

The visitors were well defended and patient with patience, and with the Brumbies losing a major injury to Rory Arnold to an injury to his ankle, it seemed a bit easy until the Brumbies turned t The boards are.

When they were in possession of territory and territory, they put huge pressure on the Blues through a series of attacking scrum, and while the Blues survived, although they had a warning, prop James Slipper was soon over the line. .

The first five, Harry Plummer, hooker James Parsons and lock Patrick Tuipulotu entered the five-minute half into the second half and though to Tuipulotu and Dalton Papalii put forward. go on some useful payments, just after Fainga's and scoring a third application to allow his side to take the lead for the last time.

The Blues couldn't wear the initiative away from home, a familiar story to a side who haven't won away from Auckland this season.

"There are some silly penalties that our set piece leaves us down," said captain Blake Gibson afterwards.

"We were trying to sort out what was going from his place on the road but he didn't work out. We can't go back to the game."