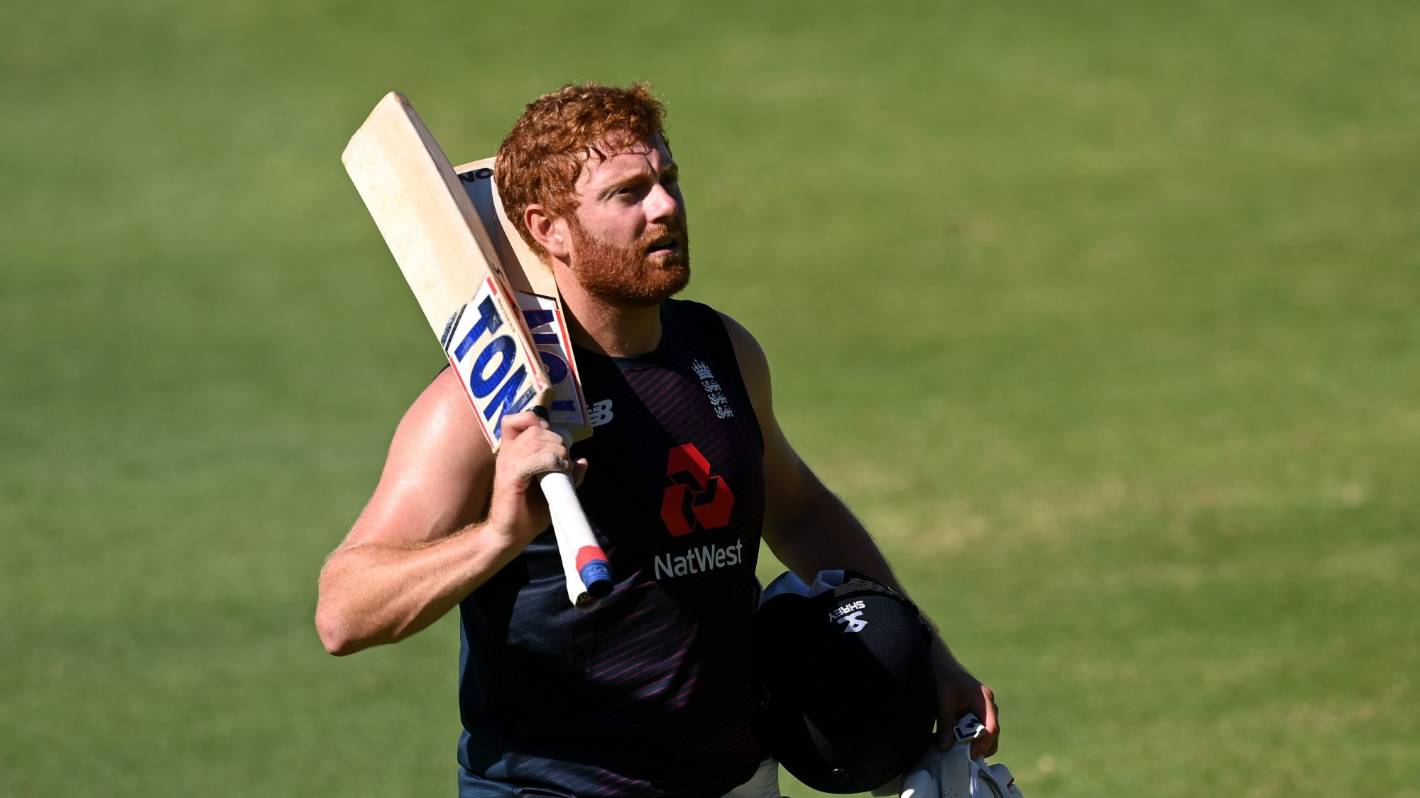 Jonny Bairstow and teammates in England are waiting for news on their tour of South Africa after another game is dropped.

Two members of England’s touring party in South Africa have returned “unconfirmed positive tests” for Covid-19, the England and Wales Cricket Board said Sunday as the first one-day international was canceled after a virus outbreak hotel where both teams stay.

The ECB did not release any names and did not say whether the two members were players or managers. The two positive tests came after an extra round of testing on English players and officials on Saturday night. Those additional tests were triggered by news that two staff at the Cape Town hotel used by both teams, and supposed to be a biosafety environment, have tested positive for Covid-19.

English players and managers were self-isolating in their hotel rooms until further advice from medical teams was obtained, says the ECB, and there would be more tests by independent medical experts to confirm the findings.

Three South African players have also tested positive during the trip, two of them having entered the “bio-bubble” at the hotel, where inward and outward movement is limited. It is unclear whether the remaining two ODIs will press ahead with England due to return home on Thursday.

A decision on the rest of the games in the series will be taken once the results of tests on English party members are “independently confirmed by medical experts,” the ECB said.

“Sorry we can’t play in ODI today,” said England men’s cricket managing director Ashley Giles, “but the welfare of the players and support staff is our main concern and while we await further test results , the medical advice from both teams was that this match should not happen.

“We continue to have regular discussions with Cricket South Africa and will continue to work closely with them to determine the best way forward.”

Despite diplomatic public statements by the ECB, South Africa Cricket and the authorities responsible for keeping the bio-bubble in the hotel safe are extremely embarrassed.

Two South African players tested positive ahead of the Twenty20 three-game series, which went on despite concerns. England won that series 3-0. The latest positive test in the South African team led to CSA launching an investigation into how it became infected in the bio-bubble. CSA also admitted on Friday that England had a right to be involved in Covid-19 protocols at the hotel.

“We deeply regret the position we find ourselves in after the amount of time and energy put in to make a successful trip,” said CSA director of cricket Graeme Smith. “We are in ongoing discussions with the ECB as we navigate the situation led by our combined medical teams.”

In a statement, the hotel said it was investigating how its two staff members were infected. They had been living in the building in the bio-bubble and had not left the hotel since Nov. 16, the hotel said. They worked in different parts of the hotel. The latest staff member and player from South Africa to contract Covid-19 were “isolated in apartments on site some distance from the hotel,” said hotel management.

All English players and officials are now facing potential additional quarantine requirements before reuniting with their families before Christmas. South African regulations require anyone who has tested positive for the coronavirus or been in close contact with someone who has the virus to quarantine for 14 days. The ODI series was due to end on Wednesday, with England leaving the day after on a chartered plane to London. It is unclear whether they will be able to return home as scheduled.

England’s six-game limited overs tour was organized at short notice to fill gaps in both teams’ schedules created by the virus pandemic. But it has coincided with South Africa, which was once one of the worst affected countries in the world, seeing signs of a second surge of the virus.

All six games were to be played in nearby Cape Town and Paarl to restrict travel for players and officials but it is one of the regions in South Africa that is now seeing an increase in virus outbreaks.