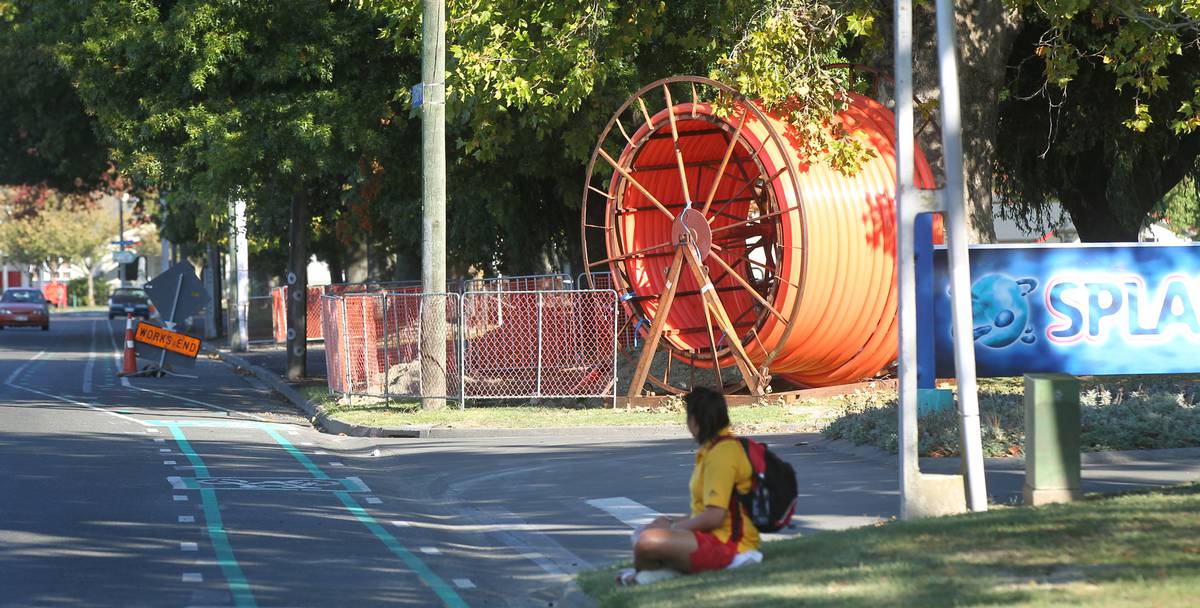 New Zealand's shares, lower led by Chorus, fell after investors were stunned by a stricter regulation of its fast broadband network than they had anticipated.

The chorus decreased by 5.8 per cent to $ 5.87 on a volume of 690,000 shares, more than an average of 90 days of 526,000. The network operator has won 45 per cent over the last 12 months, the third best performance on NZX50, backed by a new regulatory regime seen giving him more opportunity to pay more in dividends.

The 2028 bonds that paid an annual interest of 4.35 per cent were the most traded debt security today. The product was closed without a change of 3.4 per cent on a volume of 1 million notes.

The Trade Commission today published a number of papers seeking feedback on the new regime for fiber networks, including its current thinking on key issues such as the cost of capital and what has been included in the Chorus regulated asset base.

"There were aspects of that, especially around the rate of return that Chorus could earn, a little lower than Spatial expectations in the market," said Matt Goodson, managing director of Salt Cron Management.

"There are still relatively early days, and, ultimately, with the advent of 5G, a competition can determine the price rather than the controlled result anyway."

Synlait Milk slipped 1.9 per cent to $ 9.76 on a volume less than usual of 69,000 shares. The milk processor was wound up and ignored a warning over the construction of his second processing plant in Pokeno. The Court of Appeal this month ruled that the land was subject to covenants restricting its use, and Synlait hopes to find a practical solution with his neighbor.

Investore Property had not changed for $ 1.68 for 841,000 shares, an average of over 135,000. The large format retail property investor has posted a 16 per cent reduction in annual profits, due to reduced earnings on his property portfolio, while basic earnings have risen by 2 per cent. The annual dividend of 7.6 cents per share was up from 7.46 cents a year earlier.

Ryman Healthcare, which reports its annual earnings on Friday, is posting the biggest increase on the benchmark index, up 2.9 percent on $ 11.87.

Australian banks listed twice for the second day after the Australian Prudential Regulation Authority proposed to reduce the rates used to calculate whether a stressed lender can meet its repayments. The banks jumped yesterday after the Liberal-National coalition election victory eliminated the threat of regulation by a Labor administration.

Outside the benchmark index, Plexure Group jumped 15 per cent to 62 cents after reporting a 44 per cent increase in revenue and net operating cash inflow. The mobile advertising company had halved its annual loss, to be weighed by the unrealized fair value cost when transitional note holders exchanged that debt for equity.

The tower rose 2.6 per cent to 80 cents on a volume of 1.2 million shares, more than an average of 281,000. The insurer returned to profits in its first half earnings return and raised annual guidance on an increase in gross written premium and a reduction in claims costs.

Goodson said that the basic result was very good, with the only negative being an increase in claims over the Earthquake Commission's cap.

Steel & Tube Holdings fell for a second day, down 3.7 percent at $ 1.03 on a volume of 1.4 million, compared to an average of 194,000. Goodson said that Salt Funds was a vocal fan of a $ 1.90 takeover bid per Fletcher Building last year, and that the downgrade this week justified that stance.

Fletcher fell 0.4 percent to $ 5.18, while Metro Performance Glass, which reported earnings on Thursday, rose by 1.3 per cent to 40 cents.

The Infratil shares resume trading tomorrow after being suspended for $ 4.45 for the institutional component of its $ 400 million equity increase to finance its share of the $ 3.4 billion Vodafone New Zealand acquisition.