Houses shot at them, cars crashing as gang tensions boil over in southern Auckland 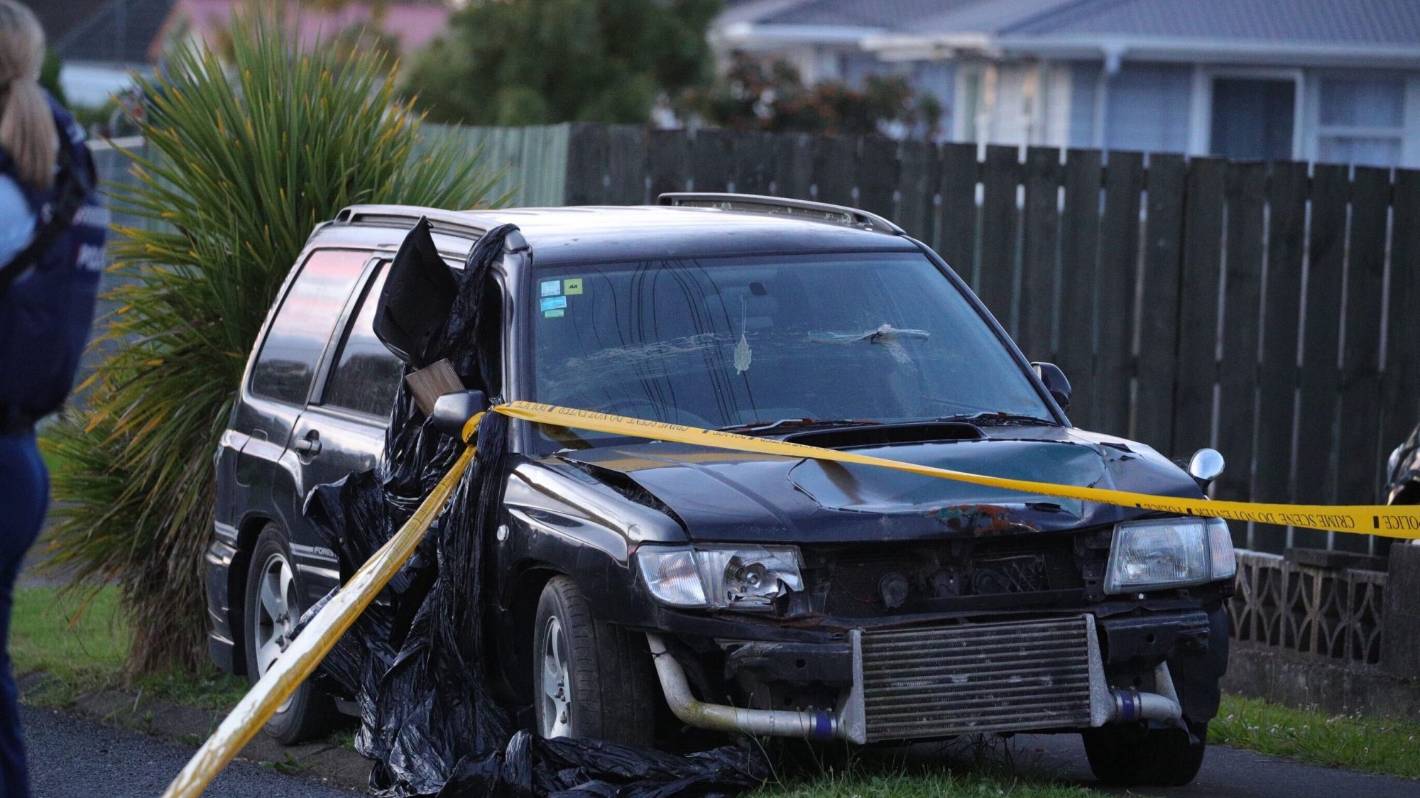 A damaged car on the corner of Capstick and Ivon Rds, after the home was apparently shot.

Several houses were hit and cars crushed as gang tensions boiled over in Ōtara Friday night.

At the corner of Capstick and Ivon Rds, several vehicles had been broken up and the home there had probably been shot multiple times.

The home is understood to be the center of the Tribesmen gang.

A witness said they heard several pops “like a firecracker” and a car crash at around 5pm.

As night fell, just before 9pm, armed police were still stationed about 5 minutes away at the corner of Bairds and Otara Rds, where a similar shooting is understood to have taken place.

A police spokeswoman confirmed at 8.30pm that no-one was injured.

Several roads were closed in the area while Manukau County police made inquiries.