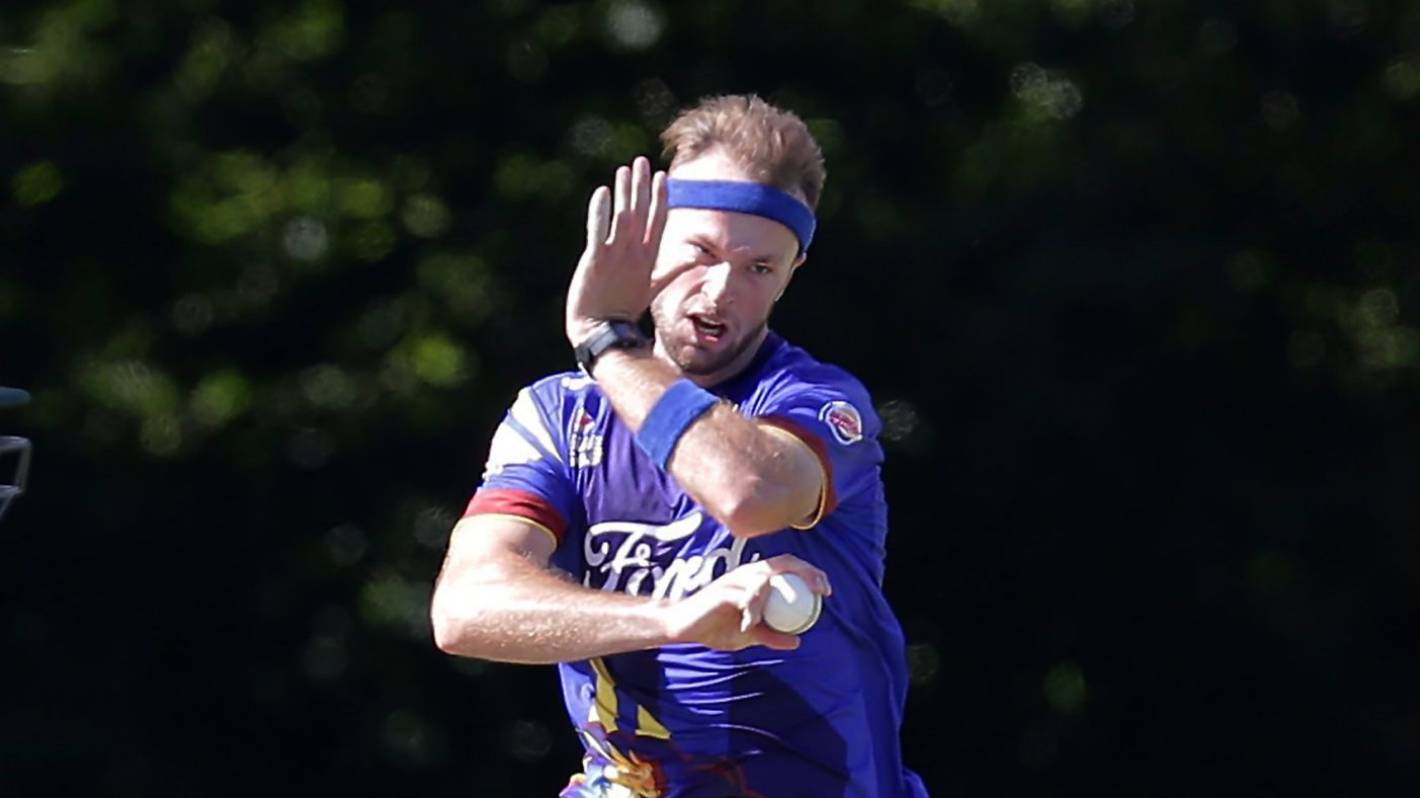 It is rare for a bowler to come up with figures for his province and then finish on the losing side.

For Otago seafarer Michael Rae, that was the bitter end to one of his more memorable days on a cricket pitch, rocking 7-35 against Auckland in the Ford Trophy match at Eden Park’s Outer Oval on Sunday.

The best third-A bowling analysis (domestic 50-over) on New Zealand Cricket records did not avoid the Volts’ first loss of the competition, of 133 runs to the Aces who bounced back from successive defeats to the Northern Districts.

Black Caps sealed a comprehensive victory against West Indies in the opening test.

When Rae brought up his first of the day there was little indication of the strange events to follow, with Auckland setting a solid platform.

* NZA captain Jacob Duffy leads the way as West Indies batsman, who was hit by injuries

Graeme Beghin (20) lined up to break through and smash Aces skipper Rob O’Donnell (52) through the inside edge, as he bagged the final six wickets for a remarkable 10-1-35-7 final breakdown.

Still, Auckland’s total of 246 was enough, as they released some bowling fireworks of their own.

At 18-5 it looked bleak for Otago, and only brief resistance provided a 41-foot brace from Dale Phillips – brother of Glenn Black Twenty20 star. Rae (5) was the last man out, drawn by rookie Will Somerville (3-26) as Otago made it 37th over.

Canterbury’s dream season, after they plundered with the bat at Hagley Oval and lost ND’s first loss, lasted 137 runs.

Leaders of the Runaway Plunket Shield, and 2-0 in the trophy after dual wins over Wellington, Canterbury managed a 346-8 upset through centuries of Chad Bowes and Ken McClure.

The pair added 200 for the second wicket with similar lively beats. Bowes’ 110 off 110 deliveries included 10 fours and sixes, while McClure hit 107 off 100 and included one more six than his teammate. The latter’s previous best-A-rating was 45.

Former Black Caps Jeet Raval (45) and Dean Brownlie (53) both needed to kick ahead for the visitors, while Will Williams and Ed Nuttall shared six wickets for Canterbury whose bowlers again finished the job.

In their pursuit of 262, the Fire Bird arrived there with five wickets with 10 balls to spare thanks to Bhula’s 114-ball beat and some valuable cameos in a well-timed hunt.