Boxing: Bloody boxer has to shoot for the pig reporter on the mouth 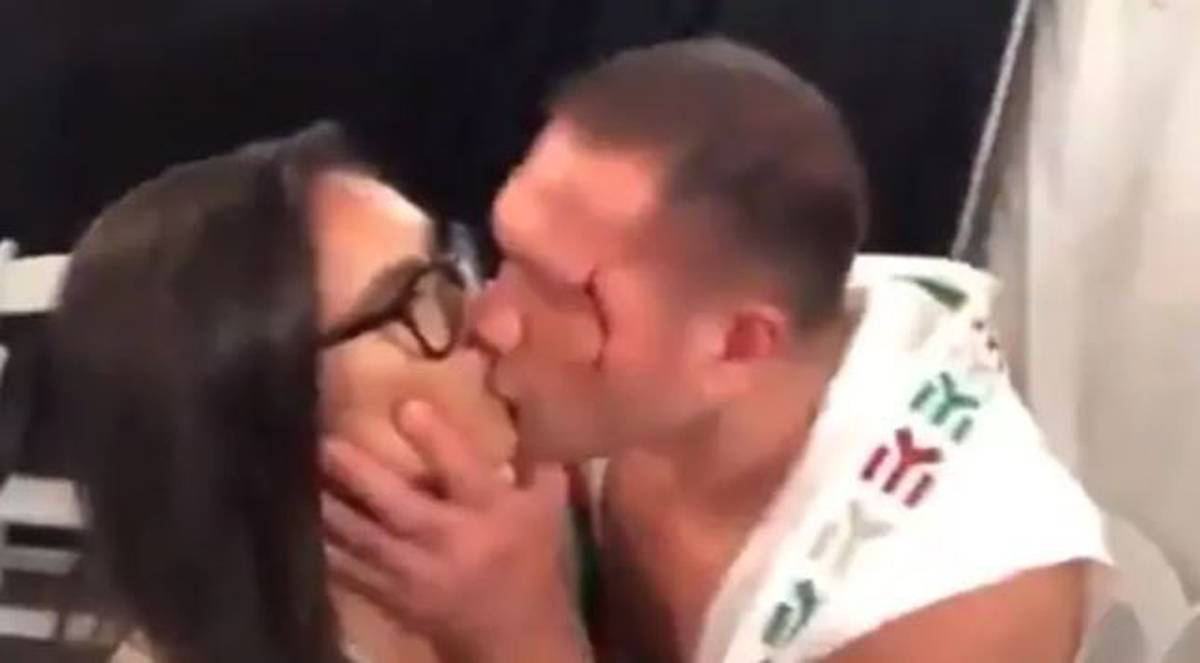 The last man to be knocked out by Wladimir Klitschko has raised eyebrows by kissing a reporter powerfully after an interview after the battle.

Kubrat Pulev stayed Bulgarian close to the top of the heavyweight sites by knocking out Bogdan Dinu from Romania in California at the weekend, improving his record to 27-1 with the only loss in Klitschko in 2014.

Since then the 37-year-old has claimed Dereck Chisora, Samuel Peter, Kevin Johnson and Hughie Fury – but his latest victim is Jenny SuShe's correspondent.

SuShe dealt with the fight for Vegas Sports Daily and took part in two quite awkward interviews with Pulev sent to social media.

The second one, completed with Pulev behind the stage as blood was still dripping from a cut above his left eye, to finish in a strange way.

After being questioned whether he deserved the next shot at Tyson Fury champion, Pulev said “yes” before going to SuShe's grip by the jaw and planting a wet one.

SuShe news.com.au said that the moment it was "(a little) embarrassing" and "strange".

Pulev faced a few nervous moments against Dinu, his most recent expedition against Anthony Joshua's opponent.

This is not Alpha's f ***, it is called a sexual assault. This woman is responding in the way too many women have to do when they fear men, she is called de-escalation. Any men who believe this is acceptable behavior, teach yourself. I am not. Never. https://t.co/ewb0IZ81dd

Dinu brought two right hands to clean Pulev open in the fourth round and created a busy night for the broken man.

But Pulev rallied and started unloading heavy pictures in the seventh round. He was punished one point for shooting at the end of Dinu's head but the damage was done and his opponent broke down twice to finish the work.