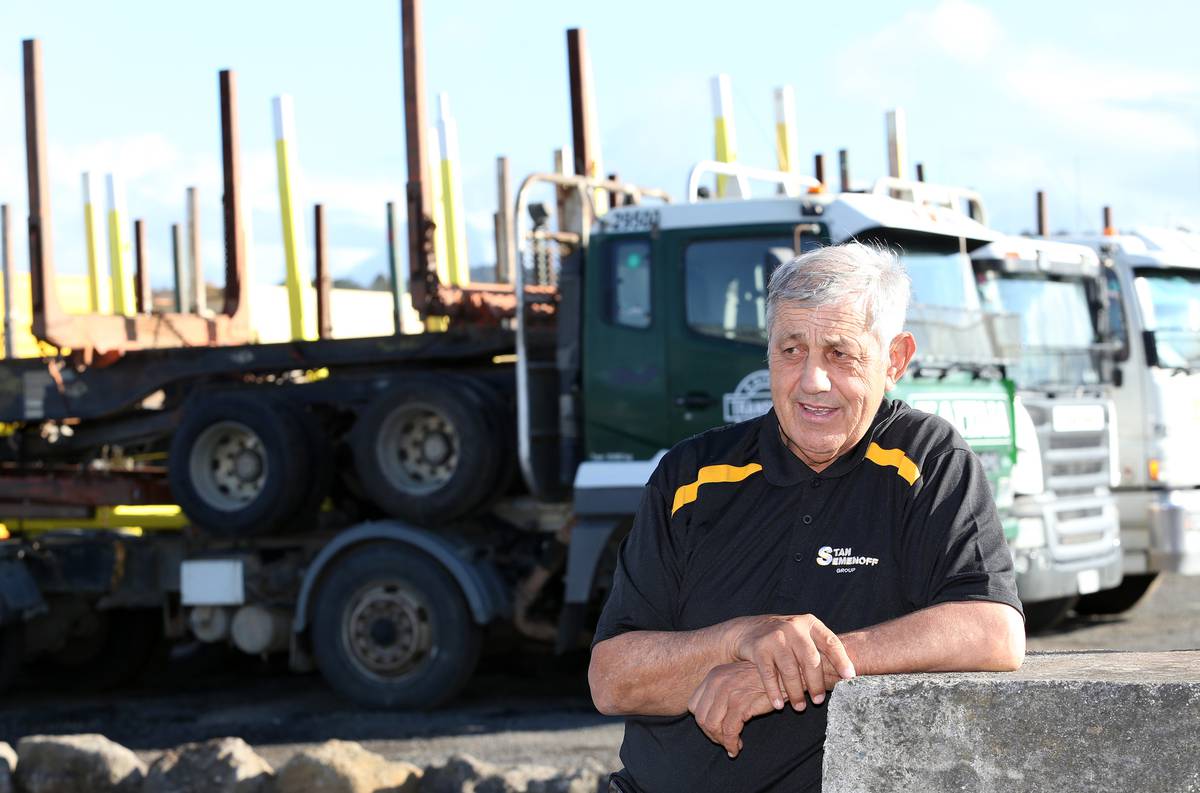 A secret video recording of a trucking boss in Northland reveals that he appears to have told a worker to treat his log book or risk of being fired.

He was played at Auckland High Court on Monday during a hearing over NZ's request to abolish Stan Semenoff Logging's license.

The recording of a conversation held between one of the company's owners, Stan Semenoff, and a former employee about when he should take his breaks.

Every five and a half hours New Zealand lorry drivers must take a 30 minute break according to the NZTA website, regardless of whether they have taken breaks during the period.

In the recording, the driver told his boss that he was taking roadside breaks, "making lawfulness for my logbook".

However, Semenoff said that a colleague from the driver had taken hours of the driver's timesheet because he was taking breaks when he should not.

"When you come and work for me, I told you there, you worked under my conditions and my rules," he said in the recording.

"Everyone else is. You're the only one that doesn't do … you know what you're doing, you're trying to draw t hours out and that's bad. "

Semenoff told the driver that he should then take breaks when they are on the port or on the shoes, like the rest of his workers.

Going to further details, it seems that the former mayor of Whangārei has said that the technique would help the driver to avoid detecting the police.

Following the hearing on Monday, the judge explained that the secret recording shared between Semenoff and the former employee was unfair to the employer.

He was "inherently unfair to Mr Semenoff because he knew he was being recorded perhaps he had explained more carefully what he was trying to convey to his employee", he noted judge.

But there was also a strong public interest in open reporting on the case, he said.

So the video and the transcript would be available to the media organizations present at the hearing, it was adjudicated.

However, it appears that Stan Semenoff Logging has won another round in court against the NZ Transport Authority who wants to abolish his license to operate.

Justice Christian Whata in the High Court in Auckland gave Semenoff's request to challenge the authority by putting a temporary stay on the action before Semenoff Logging's application for a full judicial review of state acts.

That means the business kept its license to operate – an issue raised by the Society's Transport Minister, Shane Jones last month, but she criticized National for his contribution in the matter.

That ruling says the authority, from July 2016 to March this year, has examined Semenoff's operations and found many faults, including 116 traffic offenses, 158 logbook offenses, " a large number of “speeding up complaints and vehicles”.

But Semenoff challenged the court that seven of the eight drivers at an inspection in 2017 were no longer working for the company who had taken steps to speed up the delivery of text messages.

The judge said he was satisfied that the authority's concerns were justified: "The number and length of non-compliance suggests a systemic problem."

But he said he needed to balance that against advice from Stan Semenoff and the general manager Daron Turner that they had 90 years experience between them "with no record of any fatal incidents involving trucks under their control."

The interim court order was therefore appropriate, pending a major review or appeal, the judge said.