Amateurs celebrate title with cardboard Rutjes: "I would certainly miss it" 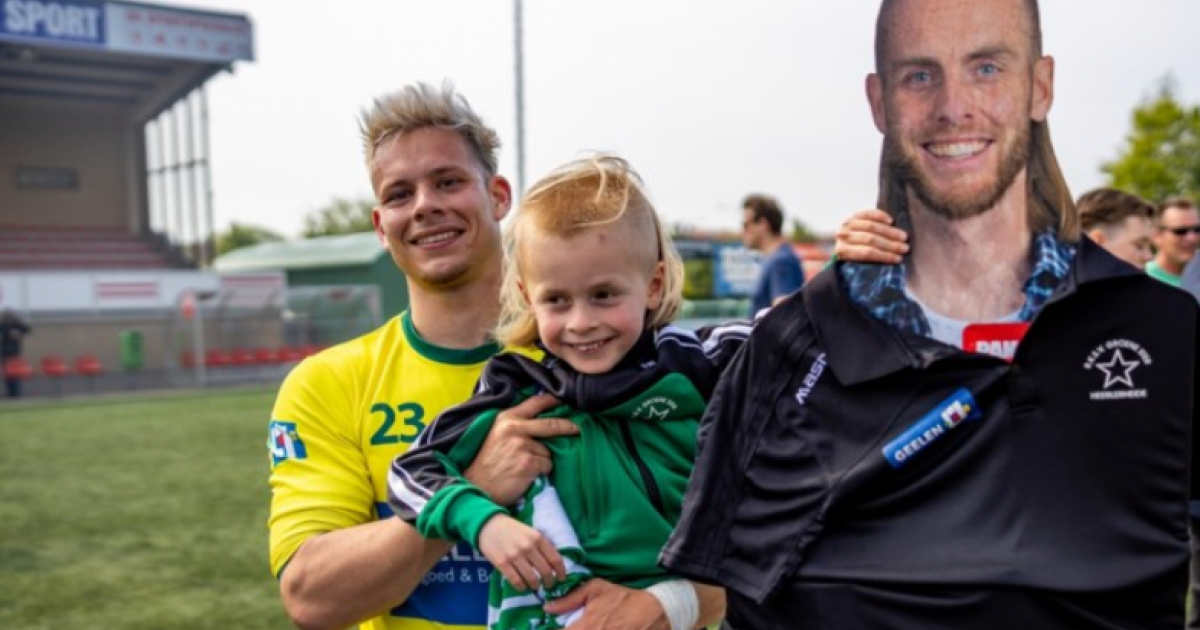 It was a striking sight during the Green Star championship ceremony: the amateur club from Heerlen took the title in the big league on Sunday and celebrated it with a cardboard version of Nathan Rutjes. The former cult hero Sparta, MVV and Roda JC played this season at Groene Ster, but he could not be in the championship game against Alphense Boys.

Rutjes had to pass because of work on behalf of the KNVB, Green Star coach, Maurice Verbunt, told South Limburger. "I've found that very unfortunate for him. He has always said that he has noticed in the Green Star that enjoyable football can be," said the coach. "Then he's not there right now, very angry."

He can do that too: Rutjes's cult hero is heading halfway in the top corner

One of the players came across the table by accident at a garden center, where Rutjes advertised under the name 'Everything for a beautiful and mat.' "The players somehow wanted him to be part of the team," Verbunt said. "Nathan then made sure we had a copy."

Green Star can no longer have Rutjes in the Third Division next season. The former pro is going to work as a youth coach in his former Sparta club. "Nathan has been important to us. On and near the field. We will certainly miss it."