Taxation and independence for the regions: what Laensar says 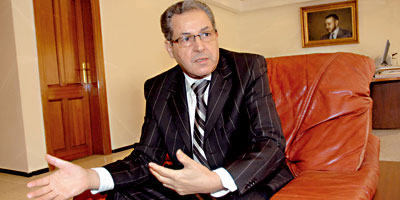 Taxation is expected to be strengthened to give the regions more autonomy, he said on Saturday in Skhirat, the president of the Mohand Laensar Moroccan Society.

We must reform the tax system of local authorities to establish dynamic taxation, correlate to economic activity and take account of the ecological dimension, he said, during a panel under the theme of "Convergence of taxation". State and Local: Fairness and Simplicity ", as part of the 3rd National Tax Conference.

He called. We also talk about a review of the profit sharing of State taxation, in line with the recommendations of the 2nd Tax Institute 2013 and some Regional Advisory Committee to allow local authorities to meet the significant investment needs in their territory.

He then pleaded for the help and support of state services to the regions in terms of shifting resources, borrowing and completing contracts under the public-private partnership (PPP).

"Sufficient financial resources need to be prepared to deliver the projects included in the Regional Development Program (RDP) to meet the demands of the citizens and keep the promises made in the electoral programs. elected officials, "he said. .

At the end of this meeting it is reminded that a draft framework law will be drafted, setting out the different stages of a national tax system reform.