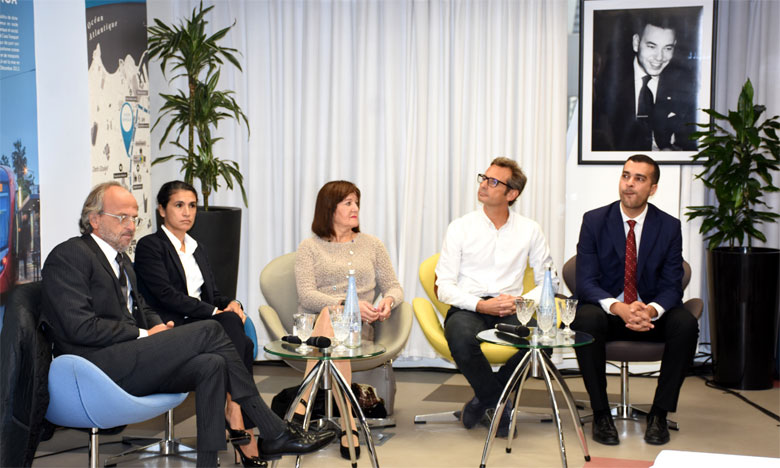 The Wafasalaf Observatory organized a press conference in Casablanca on Tuesday to discuss the results of a recent study on the sporting place in the daily life of Moroccanid and the contribution of this sector to the socio-economic life of the country. . In the presence of a number of representatives of national media and sports professionals, the speakers said about the results of this study that draw a visual balance of the daily routines of home sports in our country.

There was a sporting place in the daily lives of a Moroccan at the heart of arguments on Tuesday at a press conference organized by Wafasalaf observatory. During this conference, held in Casablanca, participants were able to find details of a study commissioned by the observer on the role of sport in the socio-economic life of households in Morocco. The results of this study, carried out on a sample of 833 individuals (men and women) aged 18 to 65 and living in urban and semi-rural areas of Morocco showed that Morococcus was more likely to sports exercise for fitness improvement and eye care.
Although football is the most popular sport among respondents (84%), only 42% of them say they play football regularly. On the other hand, running or "jogging" comes to the top of the most popular sports activities. The study also shows that 62% of the Moroccanians only exercise their physical activity without help and in open spaces (forests, park, street …). Another figure disclosed by the study is revealed: the number of people claiming to be associated with a federation or sports club is not more than 18% of the individuals questioned.

Sport is still expensive in Morocco
The other aspect that prevents sports practice in Morocco is the cost, which was considered very expensive by the individuals questioned. Indeed, 65% say that the cost of sports practice remains high in our country. In fact, 6 out of every 10 respondents said they did not spend any money on sport. The 18-24 age group is the age group who allocates the most money to sport, with an average budget of 190 DH, with a high tendency among women (142 DH). Lack of local infrastructure was also reported by interviewees. Indeed, 66% of respondents are worried that there is a lack of sports infrastructure in their neighborhood. Among the other points raised by the study, the role of the state in promoting sport. In fact, for the majority of respondents, sport is considered as a sector that has neglected with significant shortcomings.

Marie-Cécile Tardieu, head of the socio-economic department of the French Embassy

"Sport is a very important vector of social integration"

"Sport plays a significant role in the social development of a country, since it is a vector of social integration for young people and to the entire population, it is very important for a population to enrich themselves with sports values, tolerance values , effort and excellence Sport is a full economic sector with everything to do with sporting and sports goods market development. There is also an organization of top level sports events, and we see that Moroccan hosts major events It also creates values. As well as developing sports tourism, an area where Moroccan has huge potential. "

"The practice of sport is an essential element of human development"

"As an NGO president who uses basketball as a means of education, social inclusion and human development, we have become convinced that sport makes a positive contribution, both mentally or physically, to Moroccan youth. In addition, it helps them to become more independent, develop self-confidence and especially to improve their grades. These are the results harvested in the field with small and long-term methods. "