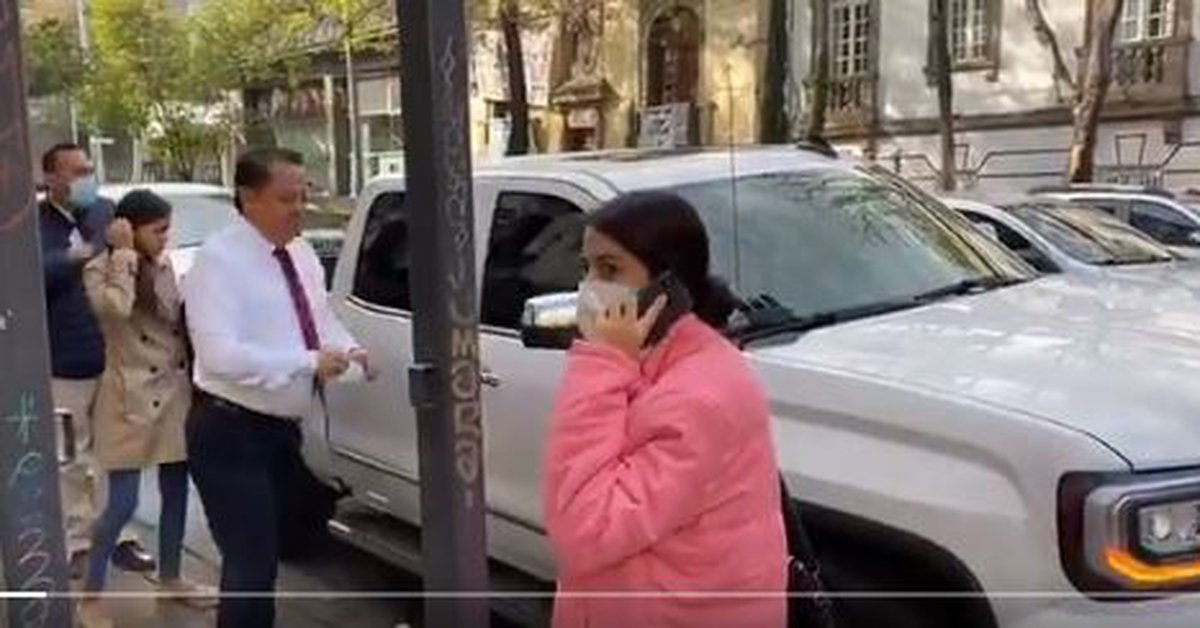 Pablo Amílcar Sandoval Ballesteros, although it comes from Brunette, It’s likely does not agree with the austerity project that the party and President Andrés Manuel López Obrador is preaching, since he had to register as a candidate for Guerrero’s governorship, he did so in a 4×4 armored truck and with escorts.

The brother of Irma Sandoval Ballesteros, head of the Ministry of Public Function (SFP), was video-recorded when he appeared at the bench headquarters, located in the Roma Norte neighborhood of Mexico City, amid luxuries calling for unity and internal cohesion.

The vehicle in which it was transported was a white Límited RAM van, of commercial value million 299 thousand pesos, at concessionaire prices. Further, a personal security guard He followed him everywhere as he carried his sack.

Amílcar Sandoval is currently the coordinator of the Mexican Government in the state of Guerrero. Apart from being the brother of the head of the SFP, he is son of politician Pablo Sandoval Ramírez -the sixties student movement, university unionist and the first Guerrero man to hold the office of President of the Chamber of Deputies- and Irona del Carmen Ballesteros Corona and grandson of social fighter Pablo Sandoval Cruz.

Because of the many names of politicians around him, Pablo Sandoval stands out as the strongest candidate. In addition, he is also supported by his involvement in political life since the late nineties in the PRD’s National Executive Committee.

Despite all this, he showed last Friday when he arrived at Morena headquarters that if he became governor, he would not be a loyal and dedicated follower of the austerity policy.

However, during his registration, the politician noted that the reason for his participation in the candidacy for state governor was the need to change the entity, which is indicated by the injustice, backlash and lack of development.

“I confirm that politics should not belong to politicians that the one to decide on is not just a very closed class, but rather everyone must be involved to move our state forward, ”he said, despite the conditions that surround him.

In accordance with The Herald, Sandoval assured that the citizenship and the political class must be part of the entity’s development and acting together against corruption.

It should be remembered that Pablo Sandoval, It has been the eye of the hurricane for the last few days. The latest controversial fact to which it has been linked is that it would have presumed the federal government’s social programs as its own.

However, on its website it is described as “a descendant of a line of struggle and social commitment”.

As for his studies, he mentions on his personal website that he has the Economics degree from the National Autonomous University of Mexico (ONE), as well as graduate studies at Yale University. Apart from that, he qualifies as “an expert on democracy, federalism and economic policy.”

Who is Pablo Amilcar Sandoval, the uncomfortable brother of the Public Function secretary