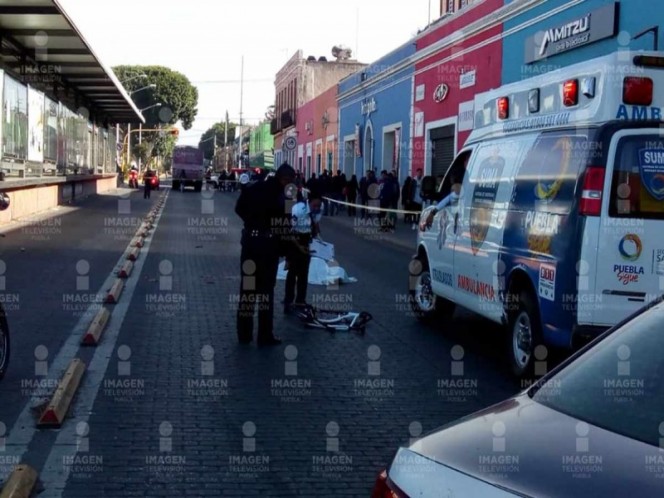 Director of Management Civic Mobility Puebla, Emmanuel Vara Zenteno, died on Wednesday after being run by public transport unit while riding on his bike on the 11th north, between the 4th and 6th street, of the Historic Center.

The 28-year-old man lay in the street and covered with a sheet.

Up to the point of the accident Municipal President of Puebla, Claudia Rivera Vivanco.

The way to hold the case was closed, while the The transport unit driver was arrested.

The unit in question belongs to the Galgos del Sur line, which covers the Santa Lucia route – CAPU.

Cyclists die after being hit by a public transport unit in 11 North and 4 West. The driver stopped. Possible
Through @blancaleyva pic.twitter.com/wbws3LETiq

The death of the cyclist and the official Puebla City has created reactions from all sectors, starting with co-cyclists and operators, as well as the urban authorities themselves.

In all cases justice is required to punish the offender, but also produce public policies that enable cyclists to travel safely.

As well as announcing the installation of a white bike in the area of ​​the accident in memory of Vara Zenteno.

As much as personnel Specialist Services of the borough possesses information about the facts and is available to The Attorney General of Puebla for the driver and the combined unit.