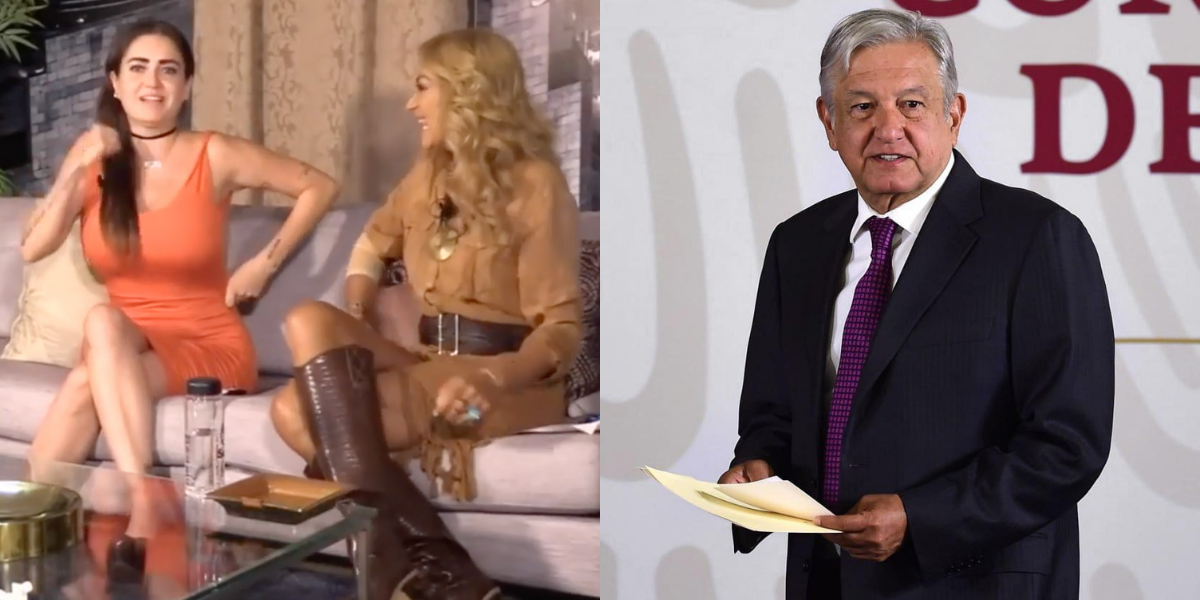 Celia Lora (daughter of Alex Lora, the legendary singer of the rock band El Tri), during the program "La Saga Live" on Thursday, 16 May, shouted Andrés Manuel López Obrador and excited, he admitted that he had asked a friend to kill him.

It was at the beginning of the program. Adela Micha He asked Celia if she was "microfoneada" already, and she made her appearance. The voices and fanfare of the production team were heard.

The first thing that Celia Lora told Adela Micha this was: "my friend sends greetings to you that he is in love with you".

Micha replied, "Well, introduce me, right?" Who is the singer's daughter from? El Tri replied:

"It's foolish. It's foolish." I told him right now to come, and I was flying with your uncle El Peje."Then he confirmed: "I told him to kill him please.

At that time laughing everyone in the studio is high, especially Adela Micha. When she was still laughing, Celia Lora continued:

"Look, Kamikaze, do it for the bastard country. But no, I ignored it"

Later, Adela asks him, if Celia's friend was a pilot, and where the Peje took, Celia Lora replied: "Oh, I would like to take him to fuck his mother. I wish."

And everyone laughed again.

Celia Lora has been involved in a number of scandals. In May 2010 he drove his car while he was drunk and Pedro Pedro Ávalos Corona, who died because of injuries.

She was detained for several days at Santa Martha's prison, until she was sentenced to four years in prison, but served her sentence in prison. conditional freedom. He paid a deposit of 20,000 pesos.